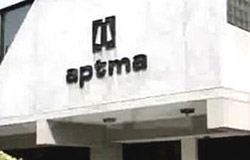 LAHORE: All Pakistan Textile Mills Association (Aptma) on otherday said Regasified Liquefied Natural Gas (RLNG) being supplied to Punjab’s textile industry is 45 per cent more expensive as compared to other provinces due to hefty surcharges for lines losses and theft.

At a press conference, Aptma Central Chairman Sheikh Aamir Fayyaz pointed out that electricity generation cost for Pepco is Rs4.75/kWh for Oct 2016 while it was being provided to the industry at Rs11/kWh.

“The textile industry cannot pass on these charges to its international buyers,” Fayyaz told a press conference. He urged the federal government to restore the competitiveness of Punjab-based textile industry by making the energy costs competitive regionally. “The energy cost should specifically be made regionally competitive – electricity at Rs 7/KWh – and system gas/RLNG at Rs 600/mmBtu should also be included in the textile package,” he said.

Aptma Punjab Chairman Syed Ali Ahsan said that availability of competitive energy tariffs for electricity and RLNG is not part of the package. “The differential in ene­rgy cost is widening day by day within the country and for industry to compete internationally,” he said.

“A mill of 25,000 spindles is incurring Rs120 million per annum additional cost on account of energy vis-à-vis same size mill in other provinces,” he added. He said the import of yarns and fabrics has reached to $3.2 billion which is hurting the domestic industry.

The Aptma leadership appealed to Prime Minister Mian Nawaz Sharif to save the textile industry and exports from total collapse and announce the much-awaited textile package immediately.

“We have conveyed our reservation to SNGPL that this dual system is not acceptable to textile industry,” he stressed.