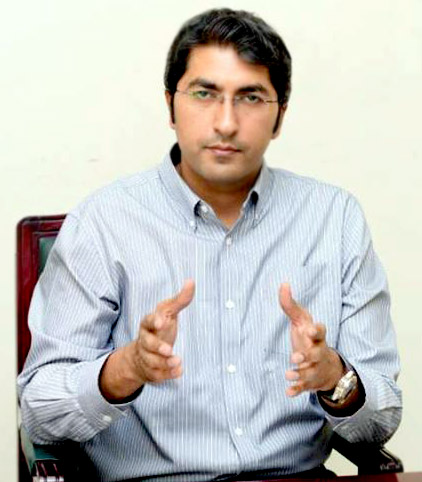 Lahore – The Entrepreneurs’ Organization (EO) has made strides to Pakistan by appointing Mr. S.M. Imran as Chairman for the Middle East, Pakistan and Africa (MEPA) region.

EO is a global, peer-to-peer network of more than 12,000+ influential business owners with 163 chapters in 52 countries. Founded in 1987, EO is the catalyst that enables leading entrepreneurs to learn and grow for a greater success in business and beyond. The EO has been divided into nine regions and MEPA is one of them.

The MEPA region is a cluster of one thousand influential members of 14 different countries right from Pakistan to South Africa.

Mr. S.M. Imran is very enterprising and successful businessman of Pakistan with an extensive experience in textile, poultry farming, family entertainment and real estate.He has taken charge of his office from 1st of July 2017 with a mission of building bridges  to connect MEPA members beyond boundaries and let them learn from each other experiences and grow as true entrepreneurs. He is the first-ever Pakistani reaching to one of the highest pedestals of EO. His appointment was finalized by a Washington-based global board of EO. He’s been a member of EO since last seven years and has already served as President of Lahore chapter.

In his comments, Mr. S.M. Imran pointed out the cultural diversity in the MEPA region and vowed to harmonize the multiplicity of approaches, ideas and languages of members to learn from each other and grow at the EO platform.

“My selection for the office is a clear manifestation of the growing positive image of Pakistan worldwide. I will serve the MEPA region to promote entrepreneurship,” he added.

He also mentioned about the participation of three Pakistani students in the Global Student  Entrepreneur Awards (GSEA) under EO and expressed the hope that this initiative would help exploring more young entrepreneurs in the region as well.