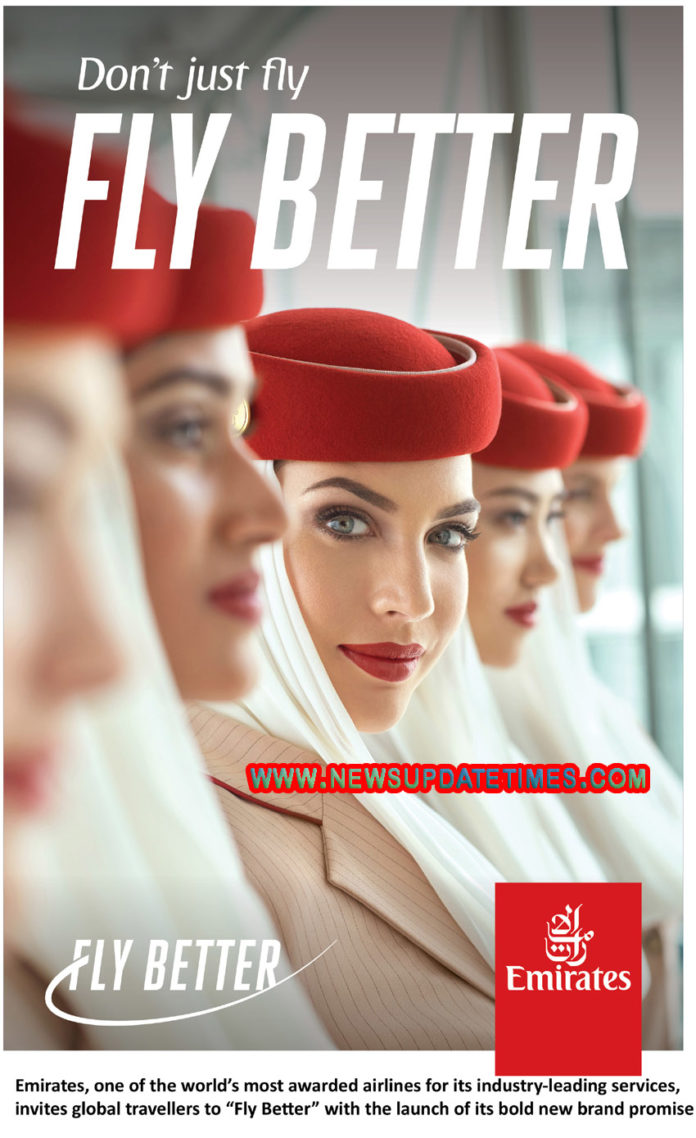 Lahore (Muhammad Yasir)  Emirates, one of the world’s most awarded airlines for its industry-leading services, invites global travellers to “Fly Better” with the launch of its bold new brand promise.

“The drive to innovate and ‘be better’ is hardwired into Emirates’ DNA, and this enables us to deliver air travel experiences that are comfortable and enjoyable in every cabin class, time and again.  Emirates was the first to introduce personal screens in every seat in every class, we led the way for better international telephone and Wi-Fi services onboard, we pioneered private suites in first class, brought bars and shower spas onboard, and we continue to introduce game-changing products like virtual windows. Now, we are affirming that superiority and inviting travellers to “Fly Better” with Emirates,” said Boutros Boutros, Emirates’ Divisional Senior Vice President, Corporate Communications, Marketing and Brand.

The new Emirates campaign was launched with a snazzy ad spot that showcased the airline’s award-winning inflight entertainment system ice and its diverse offering. Directed by Michael Gracey whose previous work includes the hit musical ‘The Greatest Showman’, the ad spot takes viewers on a fantastical journey as a cabin crew member morphs into an energetic dancer – transitioning between different dance styles from Bollywood to Hip Hop, representing the superior and diverse range of content on ice. The spot ends with Emirates’ trademark light humour.

A second ad spot that promotes Emirates’ extensive network of global destinations is being run concurrently. This second ad takes us across the world to the tune of a catchy song composed specifically for the campaign.  Taking viewers from the plains of Kenya to the Eiffel Tower and finally the iconic Burj Khalifa in Dubai, the ad is edited in a style that has now become Emirates’ hallmark, featuring seamless transitions between destinations and Emirates’ onboard features. 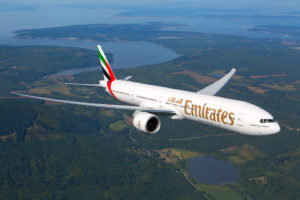 In addition to traditional advertising and digital platforms, the new “Fly Better” brand promise will also be rolled out across Emirates’ sponsorships and events portfolio.

Waste Busters partners up with L’Oréal Pakistan for Brandstorm 2020