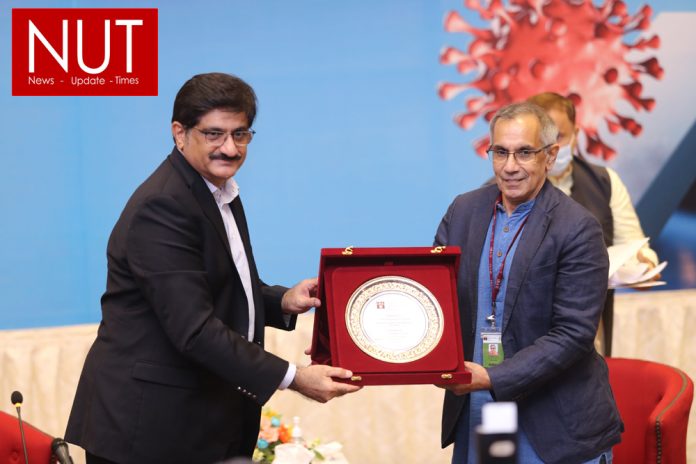 Dr. Zaidi began the discussion by enquiring the CM Sindh on the readiness of the Sindh government in the face of the pandemic. While the response to the pandemic was swift, Mr. Shah emphasized that it was essential that all health facilities in the province were analyzed first to gauge if the pandemic could be controlled. After a thorough examination of all hospitals across the province, private sector doctors were mobilized, and hospitals were equipped as quickly as possible. Facilities were enhanced and additional spaces were allocated to treat patients as quickly as possible.

When quizzed on the lockdown, Mr. Shah defended his actions by reiterating that a number of crises involving mass gatherings of people prompted the government to expedite the treatment process. Every single individual was tracked down and isolated for more than a month in Sialkot to prevent them from spreading the virus. As a consequence of these mass gathering, Sindh increased its testing from 100 tests per day to almost 7,000 tests per day in most health facilities. As a result of these tests, Sindh has now tested almost twice the number of people per day as compared to the rest of the country. Delving further into how the Sindh government tackled the issue, Mr. Shah said testing, isolation and closing down early were the mainstay of his policy.

With the pandemic governing most actions of the government, Dr. Zaidi spoke about disruptions in the lives of students as well as those associated with the education industry. Mr. Shah agreed that all citizens must be worried about the developing situation in terms of the second spike but strict adherence to the SOPs and social distancing protocols must still be maintained at all spaces.

Reflecting on how this pandemic helped to deal with other civic issues, Mr. Shah remarked, “The Covid-19 situation allowed us to deal with multiple challenges at once. The biggest challenge for us, however, was how to use this experience and adapt to upcoming challenges such as the flooding.” The solution to this was a combined effort from the public and private sector, stressed Mr. Shah.

With the 18th Amendment aiding the efforts of the Sindh government, Mr. Shah was optimistic that the freedom to act swiftly and make timely decisions was the catalyst to perform well in such a situation. When pressed on matters related to business activity, Mr. Shah stressed that keeping business hours open throughout the day and night was not feasible as people preferred to come out when they felt the activity is minimal, often at late hours of the night, thus contradicting the social distancing protocol.

Following the lecture, a Q&A session between Mr. Shah and the audience ensued. Responding to one of the questions, the CM Sindh argued that the political leadership has a vision, but the bureaucracy has been hesitant in implementing projects. 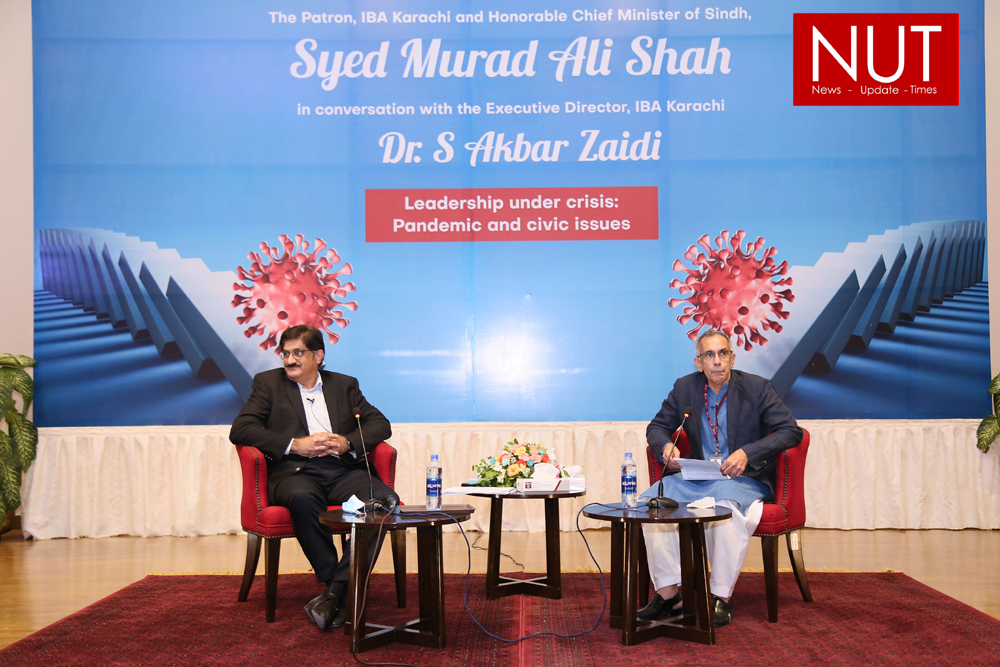 Dr. Zaidi presented a memento to the CM Sindh at the end of discourse.