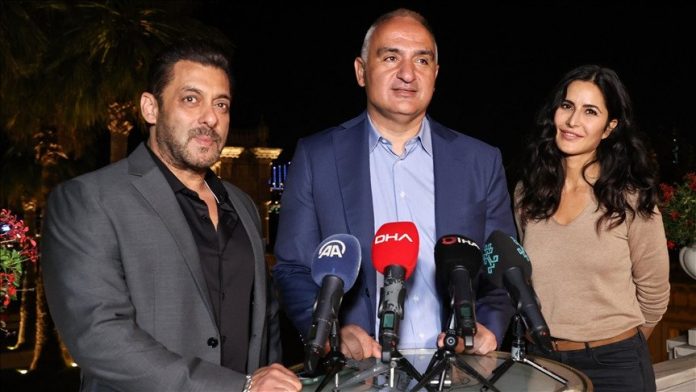 After making waves in Pakistan on the recommendation of PM Imran Khan, Turkish show Dirilis: Ertugrul has also captured hearts across the border including Katrina Kaif’s!

Bollywood star Katrina, who has been shooting her upcoming flick Tiger 3 with superstar Salman Khan in Turkey, recently met the Turkish Minister for Culture and Tourism Mehmet Nuri Ersoy, after which the three engaged in a media talk. 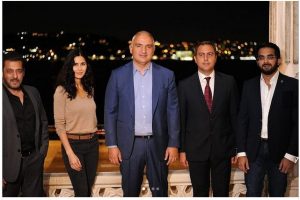 When asked if Salman and Katrina watch any Turkish series, Katrina excitedly replied, “Yes! Erugrul is my favourite series. I watched all 89 episodes. I absolutely love that series!”

Bajrangi Bhaijaan star Salman also chimed in that his mother also watched the mega-hit show and that Katrina is a big fan of Turkish actors.

Ersoy himself took to social media to record their meeting in an Instagram post that read, “We came together with the famous actors of Bollywood, Salman Khan and Katrina Kaif, who are in our country for their new projects,” adding that Turkey will continue to host many international cinema projects.

Ertugrul was introduced to the Pakistani public by Prime Minister Imran Khan, who requested it to be aired on national TV. The Turkish series shattered YouTube records with millions tuning in to catch up on the show.

Robots start serving Aabe Zamzam in Makkah ahead of Hajj