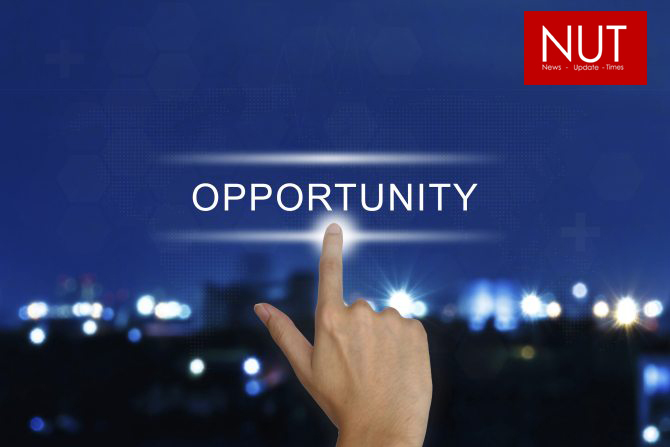 Defence Housing Authority (DHA) is one of the most reliable and professional large-scale real estate housing authorities in Pakistan. DHA in Islamabad / Rawalpindi was started about 3 decades ago (in 1992) however it got most attraction after 2008. In 2008 they had announced hundreds if not thousands of plots under the name of DHA Valley. It was probably the first time DHA had thought to capture a different customer segment, that is, people who cannot afford to pay for a plot upfront, but they are able to pay a regular monthly / quarterly amount. That is when DHA had become real for masses from being a place of high class / rich people to live. Unfortunately, that project was not delivered in time, but that is not topic of our blog today. Reason we mentioned DHA valley was that it was perhaps a pioneer in local real estate industry when a high class authority like DHA got to 1) target the masses and 2) introduce payment of plots via installments.

DHA Islamabad & Rawalpindi has launched 5 phases till date and all of those have been a huge success with not only locals of these two cities but investors from all over Pakistan. DHA phase 5 is already very well developed by the authority, roads carpeted, sidewalks created, parks maintained, and all aspects of a very good society taken care of. DHA Phase 5 was initially called DHA phase 2 extension and had four sectors A, B C, D. It was later renamed / rebranded as DHA Phase 5. DHA Phase 5 is part of Islamabad city, with direct approach to Islamabad Expressway, right on the back of DHA Phase 2. It is around 20% constructed and it has an impressive commercial area. DHA Phase 5 has been one of the main / in focus phases of DHA Islamabad, it has steadily grown in last 4-5 years. Value of plots in DHA Phase 5 has grown 5-15% each year over last 5 years or so. If you want to invest in DHA Islamabad, then Salaarestate is the best real estate agency for you which can help you out in finding the best investment opportunities in DHA.

DHA has recently announced sector J & sector K of DHA Phase 5 which are dedicated for overseas Pakistanis. Only people with NICOP (NIC for Overseas Pakistanis) or POC (Pakistani Origin Card) to apply for a plot here in sectors J & K. Development of these sectors have already started which is a really good sign. Usually other societies first get the money, then acquire land and in third stage they start development, not to mention that possession is a phase even after that. Whole this process takes years and years to reach even the development phase. Typically in such scenarios, it takes about 4-5 years starting from applying for plot till development phase. In this case, DHA has not only already acquired land; they have even started development on these sectors for overseas Pakistanis. This means two things; 1) as soon as people get their name in balloting, the value of these plots will appreciate at least 30% (conservative speculation) if not more and 2) Possession of plots will not have to wait for like a decade / 8 to 10 years, it will happen a lot sooner. We recommend all overseas Pakistanis to invest in this and take advantage of this rare and golden opportunity.

Islamabad & Gwadar are among Best Investment Opportunities according to Experts:

While the cities like Karachi & Lahore are on peak of real estate activity and investors are pouring in money, but most part of these metropolitan cities are already hitting a plateau and may stay in same situation for next year or two. Besides being already highly developed cities, most areas are pre-existing and there are not many high potential new societies / real estate initiatives in execution stage here. On the other side, Islamabad started experiencing rapid growth in last decade and it still has a lot of margin for expending and offering new investment opportunities to people who are looking to invest good and safe. Besides, corporate world is changing dynamics, entering new cities and making their mark in new places. So most of the real estate experts are starting to put their bets elsewhere, well at least they are putting in their money to places other than these two big cities. Two top names that surface in every real estate investment opportunities discussion are Islamabad and Gwadar.

Islamabad is the federal capital, a city that was built according to a well crafted design / plan and a city that has an implicit advantage over most other cities, that is, more and more corporates are bringing their country head offices here. At least all of our major telecommunications industry giants have their head offices in Islamabad. That itself is about 30 thousand staff, 30 thousand households and their growing residential as well as commercial needs. Being the seat of government, Islamabad is not going out of focus for new developments and fancy projects for the foreseeable future. That means creation of more jobs, further expansion of city and an ever increasing potential of real estate development. Let us quickly look at what are some large scale housing projects that are in progress within Islamabad, we have initiatives like B-17, D-12, E-12, G-14, I-15, Park Enclave, Gulberg Residencia, Bahria Town (many different real estate initiatives are brewing within Bahria), Eighteen, Top City and last but not the least, DHA Islamabad. Most of these one dozen real estate projects have great potential. Islamabad is expending and so are its housing and commercial needs. With so many of investment options here and this still being a developing city, experts think that real estate investment options are even better than investing in largest metropolitan cities.

Gwadar is a deep sea port and government knew its importance all along, however it remained untouched for half a century after Pakistan realized its value in 1954. First time the Gwadar sea port was developed and inaugurated in 2007. It was still not operating at all until it was inaugurated again in 2016. Besides that an enormous expansion of Gwadar port also started in 2016. Once completed, this expansion will make Gwadar one of the biggest ports in the region…and for the very same reason; Gwadar real estate sector is on an endless stretch of boom. While there have been some frauds in last 5-6 years, once you invest your money with proper guidance from experts, the return on your investment would definitely be beyond speculation. Experts say that the sooner investors get into Gwadar real estate; the better it is for those investors.