Lahore (Muhammad Yasir) A delegation from Norway visited the Institute for Art and Culture (IAC), Lahore on 5 March, 2020. The delegation were representing the Oslo Mela Festival, an event that introduces artistic and cultural expressions from all over the world including, music, arts and crafts, theatre, and dance. The Mela Oslo was first held in 2001. Today it’s one of Europe’s biggest festivals of its kind. The festival takes place at Rådhusplassen (City Hall Square) a weekend in August.
The delegation included Mr. Khalid Salimi, a Pakistani Norwegian, who is the director of the Mela Oslo. Accompanying him were Mr. Dag Hotvedt and his associates who were visiting Pakistan to learn more about Pakistani Culture and create linkages with relevant institutes and organisations in Pakistan who are active in the field of Cultural Heritage Management. Prof. Sajida Haider Vandal, Vice Chancellor of the IAC introduced its ethos, saying that IAC incorporates a tri-lingual approach, which includes English, Urdu and Punjabi, so the students recognize culture and art education not as a foreign stimulus but the one they are inherently connected with. 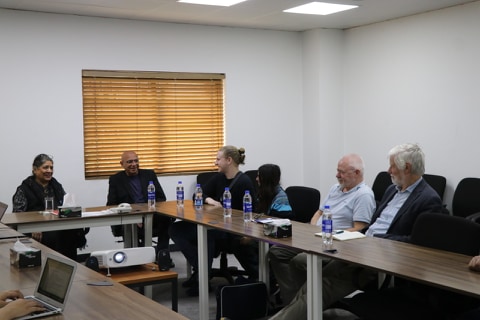 Mr. Dag Hotvedt agreed with Prof. Vandal saying that Norwegians were ruled by the Danish and later the Swedes, before they became Norwegian. Hence as a young country Norway had to invent itself and find its own identity, one that is unified but also celebrates the different dialects, art and culture. 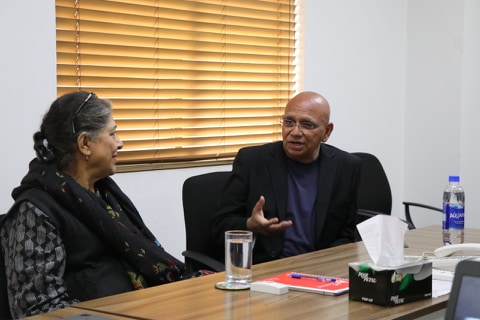 He deliberated on the young generation of today and how important it is to be a part of an international movement but also hold on to their traditional cultural heritage at the same time. He also said that art and culture gives the opportunity to create space to have a dialogue about issues that might be hard to talk about for example gender equality, and equal rights for minorities. Prof Sajida agreed with him and said that we celebrate our cultural diversity as a nation, as historically this area has absorbed many cultures. The idea is to learn from each other, build relationships and achieve peace through the projection of art education and increasing ownership of our cultural heritage.

IIPS Launches Its Advisory Board

‘Tax harmonisation issue likely to be resolved within the Q1 of...