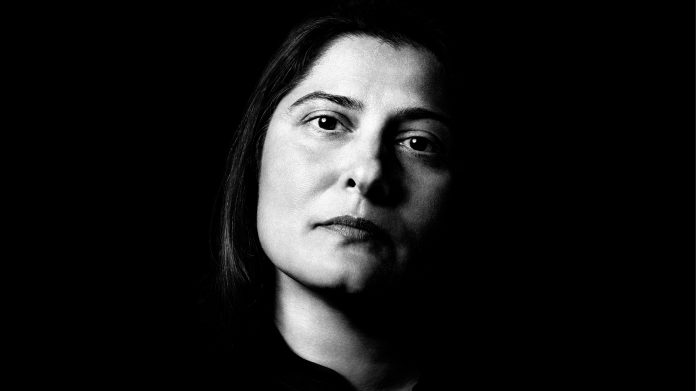 Platon, one of the world’s most renowned portrait photographers, a communicator and storyteller, has released the official film on his conversation with two-time Academy Award Winner Sharmeen Obaid-Chinoy.

Platon photographed Sharmeen for the British human rights organization “The People’s Portfolio”, where she was awarded for her contribution to human rights causes, for “inspiring leadership, [and showing] great courage and compassion for fellow human beings” through her films.

The film can be viewed here: https://www.instagram.com/p/CXSKy1qgSv6/

Excerpts from the film:

Platon: What do you say to a young girl, who thinks that the people around her don’t value her as a human being as much as a boy of the same age?

Platon: If they were to ask you for advice, what would you say to them, who wants to be useful?

Sharmeen Obaid-Chinoy: “The volume of leadership, is what I want men to help women with. That is what we need the doors opened for. We are qualified, we have everything that it takes. Kick open that door for us, and watch us march forward, we don’t need anyone to hold our hands.”

“Dear friends, I want to share something close to my heart. Sharmeen Obaid-Chinoy is from Pakistan, and she is one of the world’s greatest film directors. Her powerful, provocative documentaries compel us to have important conversations about women’s rights and gender justice around the world. She is the only female director to have won two Academy Awards by the age of 37. In the last 20 years, she has made 24 award-winning films in 16 different countries. I guess that’s why TIME Magazine included her in their 100 most influential people list. I first met Sharmeen at Davos many years ago and we became instant friends, but I must be honest, I don’t think I really knew her until recently when I invited her to my New York studio for a portrait session. Before I took this picture we sat down and had an honest conversation about her values. Suddenly, I felt the true force of power and humanity from her heart. I decided with my team to film our entire session so that I could share with the world the inspiration I feel from Sharmeen. So friends, it is with great pride that I share with you all for the first time this short film honoring Sharmeen Obaid-Chinoy. I hope this lifts your spirits as we close out a difficult year. Sharmeen, I salute you.”