n  White is still the No.1 global color

n  Blue is the most popular chromatic color worldwide

With the “BASF Color Report for Automotive OEM Coatings”, BASF’s Coatings division provides a global analysis of the color distribution in the 2018 automotive market. The achromatic colors – white, black, gray and silver– still dominate the roads. They cover almost 80% of cars produced worldwide. White is the most popular color among them. More than every fourth car in North America and nearly every third vehicle in Europe is painted white, while in Asia Pacific it is more than every second car. Silver’s popularity decreased slightly in comparison to the previous year.

Among the diverse range of color shades, blue is the most popular, followed by red. These chromatic colors tend to be more popular within the smaller vehicle segments, such as compact and subcompact cars. The overall amount of chromatic hues drops off significantly in the larger segments. Here, there was a considerable increase in black and white compared to the previous year.

White is more popular in Asia Pacific than in any other region. 53% of all new cars are white. The color’s popularity grew significantly in comparison to the previous year. Among chromatic colors, red is still the most popular choice. Blue, however, is closing the gap. An interesting observation is that brown remains especially popular with SUVs but has shown signs of slowing down, indicating that its importance in this segment may have passed.

Car buyers in Asia Pacific are increasingly connecting their color preferences to their attitudes and lifestyles. For example, metallic and sparkling blacks have risen in demand across several body segments. Even in subcompact cars, silvers and grays with dazzling effects are becoming more common. This can be seen in the Chinese market, where a broader palette of colors has emerged. “The diversity of chromatic colors is evident, with red, blue, yellow, brown and gold hues appearing in almost every segment. Chinese consumers readily display their coloristic tastes more so than in the past”, said Chiharu Matsuhara, head of Automotive Color Design Asia Pacific. 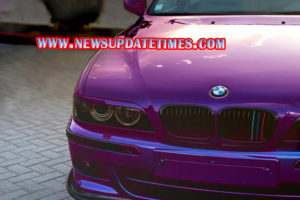