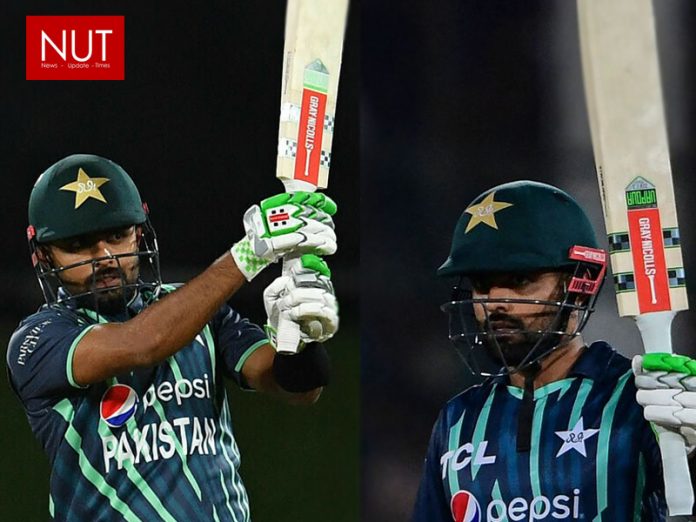 Azam rode his luck in reaching 79 off 53 balls as his team took command of the series following their opening 21-run win over Bangladesh on Friday.

All three sides are using the week-long tournament at Hagley Oval to prepare for the T20 World Cup in Australia.

New Zealand’s 147-8 after winning the toss looked inadequate and Azam’s knock took away any prospect of victory, steering the tourists to 149-4 with 10 balls to spare.

The hosts paid a heavy price for a straightforward dropped catch by Glenn Phillips at point off Tim Southee’s bowling when Azam was on 27.

The opener went on to post his 28th T20 international half-century, the equal second most alongside Rohit Sharma, with both sitting behind another Indian, Virat Kohli (33).

Southee snared the early wicket of Mohammad Rizwan – who scored a match-winning unbeaten 78 against Bangladesh – and the Pakistan middle order largely struggled aside from Shadab Khan’s 34 off 22 balls.

However, Azam’s presence meant his team were always in control.

The result was virtually sealed when he and Haider Ali took 21 runs off the final over of Blair Tickner (2-42), the third-last of the innings.

Azam said the rapid 61-run stand with Shadab for the third wicket gave an insight to a tactic they could employ at the World Cup, with the allrounder shifted up the order.

“Definitely, we have a plan to send Shadab up to charge the bowlers, to utilise his skills,” Azam said.

“He played very well. We planned that I would go all the way and Shadab would take a chance.”

Earlier, it took late blows from middle-order batsman Mark Chapman to revive a muddled New Zealand effort with the bat.

Chapman’s 32 off 16 balls followed solid innings from opener Devon Conway (36 off 35) and captain Kane Williamson (31 off 30), although both struggled for timing during a 61-run stand for the second wicket.

It was another frustrating outcome for the accomplished Williamson, who has passed 50 on just two occasions in all formats over the last 18 months, a period that has encompassed 29 innings.

He was clean-bowled attempting a slog-sweep off spinner Mohammad Nawaz, while Chapman holed out to a slower ball from Pakistan’s best bowler, paceman Haris Rauf (3-28).

New Zealand face Bangladesh in the third match of the series on Sunday.