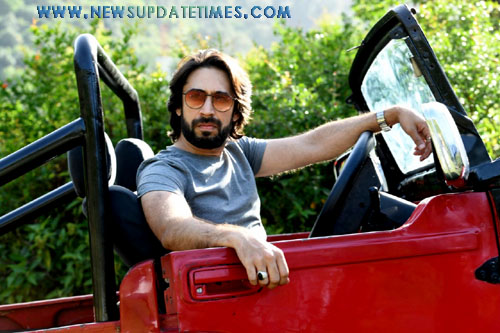 Lahore (Muhammad Yasir)  The very versatile and talented actor of Pakistan television and film, Ali Rehman Khan is confirmed to be hosting for the much anticipated HUM TV Awards 2018 happening in Canada at the end of this month.

6th HUM TV Awards Show is going to be held on Saturday, July 28, 2018 and this is the second time the channel has roped in Ali Rehman Khan to take over the role of the events’ host, who in the past has also won the Hum Award for Best Television Sensation Male and the Best Supporting Actor for the drama ‘Rishtay Kuch Adhooray Se’. In 2015, he was nominated for his drama “Muhabbat Ab Nahi Hogi” in HUM Award for Best Actor Popular/Viewer’s Choice category.

The prestigious Hum Awards is a Pakistani accolade bestowed by the Hum Network Limited in recognition of excellence in television programming of Hum Television entertainment, fashion and music industry of Pakistan and it is the first time any award events is going to be held in Canada, where Ali Rehman Khan has a huge fan base after the success of his film Parchi that released earlier this year.

“I am really looking forward to connecting with the audiences in Canada and standing on stage with the best of Pakistani entertainment industry.” states the excited Ali Rehman Khan. “I am honoured that Hum TV gave me this opportunity, and looking forward to making some exciting memories.”

Ali Rehman is famous for leaving audience awestruck with his brilliant acting skills in his films “Janaan” and “Parchi” and a very popular drama “Diyar-e-Dil”. Currently he is starring in the critically acclaimed drama “Main Khayal Hoon Kisi Aur Ka” broadcasting every Saturday night on Hum TV.