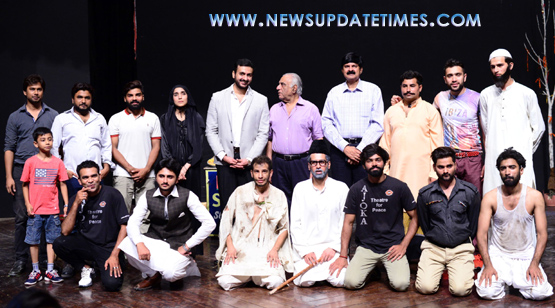 Written by Ajoka’s executive director Shahid Mehmood Nadeem, the play was revived with bright young actors selected from Ajoka’s pioneering “Acting MasterClass” held a few weeks ago in Lahore. The play opened with A Dead Dog lying in the middle of the road in the morning causing inconvenience in the neighborhood in the people who are not prepared to dispose it. 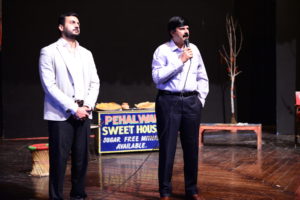 They carry on with their petty squabbles and routine activities hoping that someone will rid them of this problem. At Night they all go to sleep but are woken up by an unbearable stench. They discover the body of the dead dog has mysteriously disappeared but not the stench. There was total disarray and everyone starts accusing the other of being the source of the stench.

All the actors performed their roles brilliantly and received overwhelming response. Veteran Actor Naeem Tahir encouraged the young talented performers and especially praised the director Nirvaan Nadeem. While giving his remarks he said that production reflected immense effort and dedication which Nirvaan put in to make the play a rich mix of enjoyable and thought provoking socially relevant content.