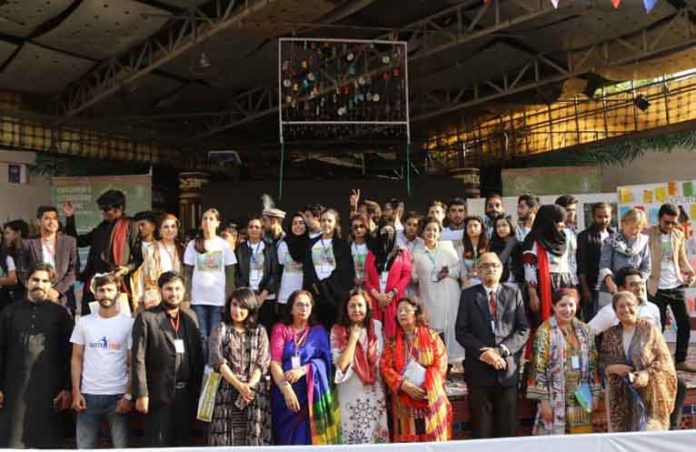 Islamabad (Muhammad Yasir) After the two exhilarating days of literature celebrations of Islamabad, the 62nd Children’s Literature Festival (CLF) wrapped up at Lok Virsa on Thursday with phenomenal children’s participation and agency being the most vibrant aspects of the fun-filled event.

Children’s agency remained at full swing at CLF Islamabad 2019 as they were at the center of the two-day festivities at Lok Virsa. The literature festival received a huge response from students, teachers and the general public as over 20,000 children attended the event. Schools from distant districts like Mansehra, Nowshera, Abbottabad, Peshawar, Gujrat and Muzaffargarh also participated in the event.

Hina Khan, a student from Mardan, said that she got to learn a lot at the festival, especially about girls’ education. Another student, Khurshid Sherani who came from Chak Shahzad, Islamabad said that the science, drama and theatre workshops gave her the opportunity in bringing out her hidden talent.

ITA CEO and CLF founder Baela Raza Jamil expressed pride over the successful event. She said that it is very encouraging to see all these young faces excited to broaden their knowledge. “This is a dream come true that we have managed two amazing days in Islamabad where students from over 12 districts from Khyber Pakhtunkhwa and Punjab participated. The festival went really well and I am thankful to all of the sponsors and partners for their support, passion and love to promote learning culture in the country,” she added.

The co-hosts, sponsors and partners of CLF Islamabad were also pleased to see such a great turnout in the event held in the capital. They all pledged to continue their efforts in improving the means and outcomes of learning for the children and holding the festival every year in Islamabad.

Over 70 sessions were held at CLF Islamabad with over 125 resource persons and 30 partner institutions being a part of varied learning activities. Learning was at the heart of the two-day festival with storytelling sessions, theatre workshops, open mic sessions, Cinema Ghar, DastanGoi, Uncle Sargam Show, book launches, science activities, STEM workshops, panel discussions and many more activities organized for the children. 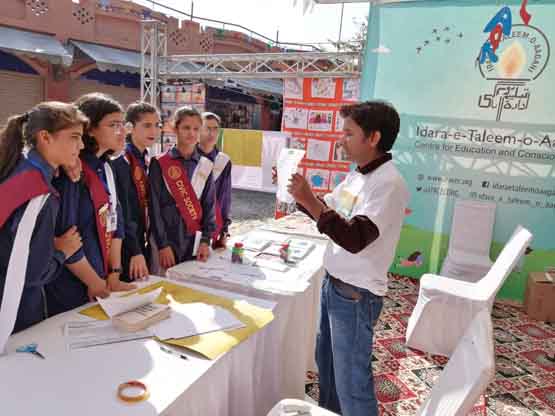 Child poets from Teach for Pakistan and The Citizen Foundation schools impressed the audience with an energetic Moshaira while children from Read Teen Book Club also made lively contributions throughout the event. The learning activities by the State Bank of Pakistan and Sight savers also attracted the visitors. Moreover, there were insightful and thought provoking panel discussions on topics concerning children’s literature, heritage and child rights.

There was also an interactive session on reuse, reduce and recycle where the Waste Hero team screened documentaries on environment and climate change. The CLF also gave special tribute to Fehmida Riaz, the poet-author who had been associated with CLF since its inception in 2011 and wrote many beautiful books for children.

To promote the love for books, inculcate reading habits and introduce fresh literature, at least seven children’s books were launched at CLF Islamabad. These included book launches of Jingles in the Jungle written by CLF advisor Rumana Husain, Our Superhero Edhi Baba written by Maria Riaz, Paani Ki Kahani by Sarwat Mohiuddin, A Children’s History of Gilgit-Balstan by HamidaKhuhro, Gogi’s baby book by NigarNazar, Phoenix Legion by Zohaib Ahmed and Adventures of Bokhariya and Knowledge in Space by five-year-old author Syeda Zahra Bokhari.

With the success of 62nd CLF held in Islamabad, it has become the largest social movement for children’s learning in Pakistan. Through these interesting and interactive activities, CLF Islamabad promoted the ideas of multilingualism, girls’ education, children’s literature, multiculturalism, diversity, sustainable lifestyles, tolerance, and gender equality, among others. Having a nationwide footprint with a reach of over 1.4 million children, CLFs continue to promote a culture of learning, focusing on creativity, imagination and multi-sensory stimulation, and not just on school textbooks, tests and examinations. 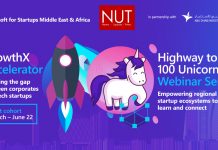 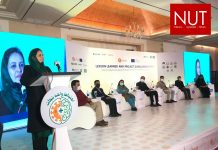 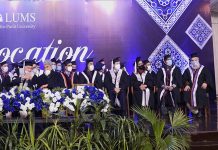 Facebook to play active role in Elimination of Violence against Women