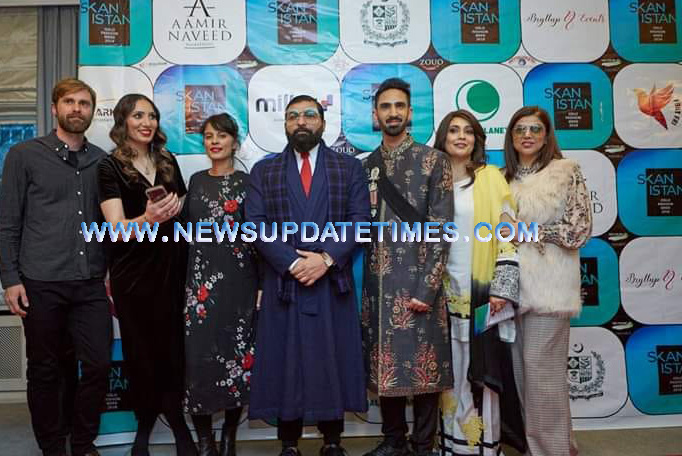 Lahore (Muhammad Yasir) Skanistan is a Norwegian based fashion organization.The group of multi talented people under the supervision of Mr. Aman Sheikh who is CEO and Co Founder of group and also trying to create better image of Pakistan by showing his keen interest in raising social issues at each and every level; Embassy of Pakistan also likes their courageous step as Mr Ambassdor of Pakistan was there at the first round of showcasing. Most interesting thing was that they had 40 multicultural models who represented the diverse community in Scandinavia, included hijabi models, transgenders models and male models were at the ramp just to show unity for women empowerment which is main issue raised by Mr.Aman Sheikh with the support of the team. 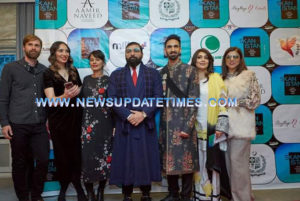 Main lead of designers were Ali Xeeshan who always raised voice against child marriage, Maria B who is true symbol of feminism, SamDada who always spoke about peace in the religion. Baroque which is known for its unique combinations of West and East. Different NGO carrying slogan “we are born free”, Norwegian local brands and designers from Karachi, Islamabad, Lahore, Scotland, Manchester, Germany, Denmark were there as exhibitors too.
5 star Hotel Continental (venue) was the center of stars and celebrities. The show was sold out on both fashion shows and exhibition days. It was attend by great peronalites such as Mr Ambassador Zaheer Khan. Stylist Aamir Naveed with his perfect team from UK was the offical hair partner. Norwegian fashion showman, Jan Thomas, Filmmaker and Academy award nominee Iram Haq. Norwegian artist Pia Haraldsen and member from the Norwegian royal family.Top models and many more were at red carpet to give a big round of applause to Mr Sheikh, Co Founder Sarish Riaz and MD Asia, Zille Huma. 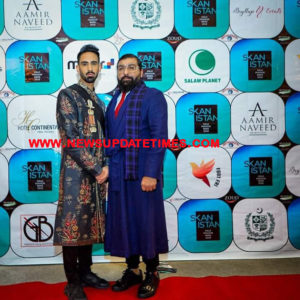 Red carpet was hosted by model Lina Kamil and great number of audience was there at both rounds.

Overall it was a great effort to creat cultural bond in between both the countries Norway and Pakistan through fashion, culture and social issues. 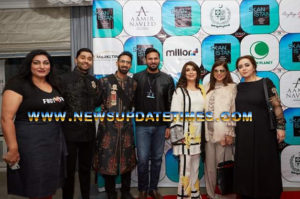 Alkaram Goes Bigger and Better with a New Flagship Store in...