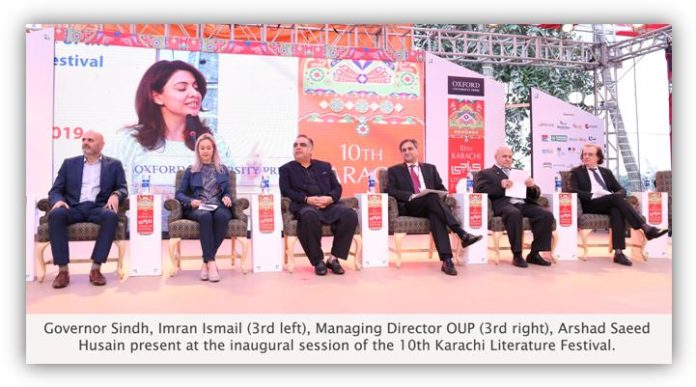 Karachi (Muhammad Yasir)  “The Karachi Literature Festival has come to occupy a premier position in the literary calendar of Karachi and I am glad to see that today it has completed 10 years. This is a platform where writers, poets, artists, actors and all those who are interested in literary activities, cultural developments and creative expression meet. These people come from Karachi, from other cities of Pakistan and also from other countries, and bring with them a special freshness and sparkle.”

“The KLF is a colourful and constructive addition to Karachi’s annual literary and cultural calendar and depicts how lively and energetic the people of this city are. I congratulate the Oxford University Press for giving KLF to this vibrant city.”

This was stated by H.E. Imran Ismail, Governor of Sindh, at the inauguration of the 10th Karachi Literature Festival (KLF) being organized by OUP from 1-3 March at the Beach Luxury Hotel, Karachi.

This is the 10th year of the Karachi Literature Festival, which was first held in 2010.

Earlier, in his welcome address, Mr. Arshad Saeed Husain, Managing Director, Oxford University Press, said, “Today, at this 10th KLF, we seek to explore new directions, emerging trends and examine the impact of social media and technology on literature, books, publishing, reading, and thinking. By understanding the changing times and changing opinions, KLF will help our relatively younger Pakistanis to grasp the concepts of tomorrow. Thus, KLF has become, not just a Festival, but a social movement, inspiring our youth and the literati to carry its light into the future. This friends, is the goal of the new KLF.”

The Karachi Literature Festival is spread over three days. It will feature more than 200 speakers (including 15 international speakers). There will be 80 sessions on different subjects during the three days of the Festival. More than 30 books will also be launched at the Festival.

The short film Rani and the documentary Indus Blues will be premiered at the KLF.

On the first day of the KLF, Infaq Foundation announced the Best Urdu Literature Prize which was given toRooh e QadeemkiQasam by Sabir Zafar (Published by Rang Adab Publications).

In the Main Garden, keynote speeches were delivered by ZehraNigah andMuneezaShamsie and a documentary titled ‘KLF Recollections” was shown.  This was followedby a dance performance by SheemaKirmani on FehmidaRiaz’s poem “AaoHumwatnoRaqsKaro.”

In the Jasmine Hall, a documentary titled “Qalandar Code – Rise of the Divine Feminine” was screened followed by a discussion with Atiya Khan, David C.Heath, Syed Mehdi Raza and Shah Subzwari. The moderator was AriebAzhar.

The concluding event on the first day of the KLF was aThespianz Theatre string puppets performance titled “Safr-E-Pakistan: a Travelogue”. 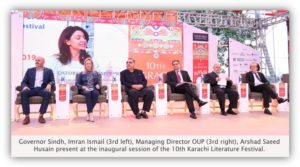 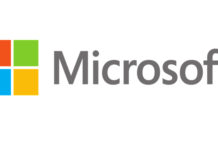 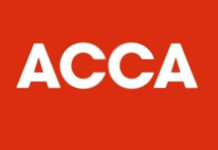 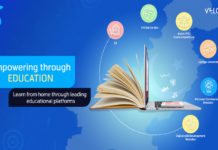 Higher Education Commission of Pakistan deploys Microsoft Teams to over 100...

Rafia.pk- A New Face of Fashion in the Market