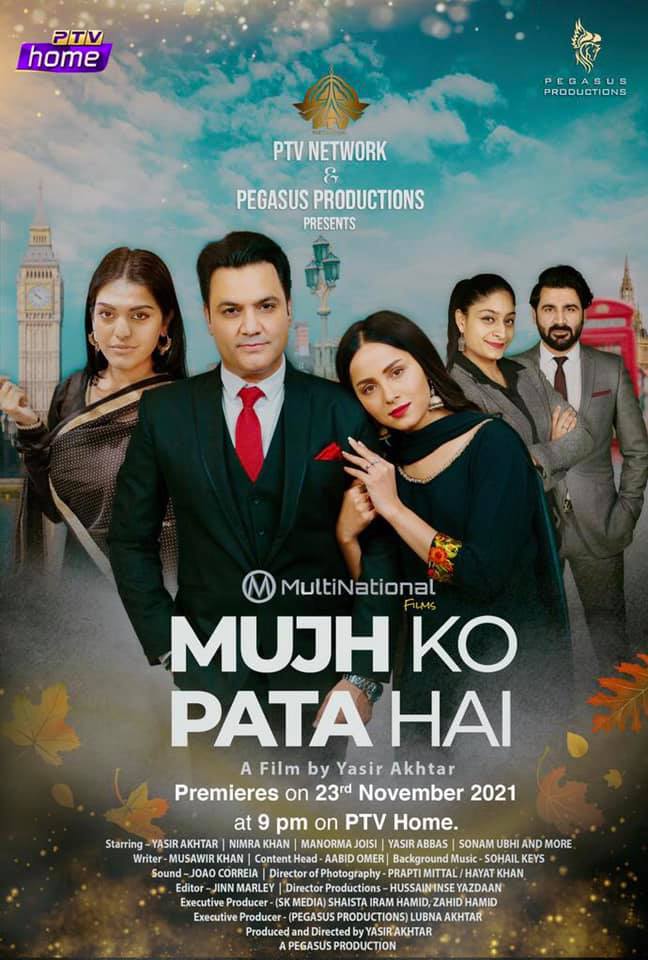 Lahore (Muhammad Yasir) Multitalented superstar Yasir Akhtar is back again with another trendsetter project. The filmmaker, singer, actor and producer’s latest production film is ready to hit the screens on his birthday on this 23rd of November. The production is under the banner of Pegasus Productions. This will be a new series of films in collaboration with PTV Network called ‘MultiNational Films’. The very first film of the series is ‘Mujh Ko Pata Hai – I Know’ shot in London.

‘MultiNational Films’ will be comprising of twelve new films with different storylines, locations and characters. Each film will be of approximately 100 minutes and will be premiering on PTV Network. The films will be shot in Pakistan, United Kingdom, U.S.A, Canada, Europe, U.A.E and other attractive locations.

Besides having entertainment value, ‘MultiNational Films’ will share a positive picture of Pakistan. The films will also have artists from other cultural backgrounds to create a multicultural look.

While Talking about the film with News Update Times, Yasir Akhtar shared “I am deeply thankful to the entire team at PTV Network for making this possible. Deep thanks to the cast and crew of the film ‘Mujh Ko Pata Hai’ for having patience and contributing hard work through their great talent and presence. As always, I need your continuous support and love to make these films successful. Pakistan Zinda’Abad”.

We are sure that ‘MultiNational Films’ will be another game changer from Yasir Akhtar’s company Pegasus Productions. Yasir has always started new trends and launched so many artists in the industry, the ‘One Man Industry’ is ready to rock again.