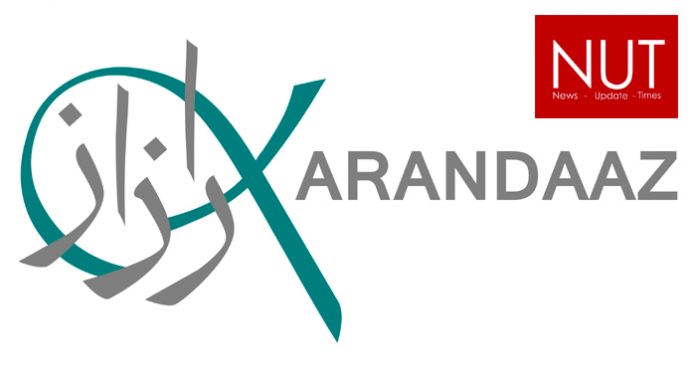 Women’s access to banking services in Pakistan increased by 29% from 2008 to 2020, gender gap more than doubled during the same time period

Lahore (Muhammad Yasir)  An online workshop titled, ‘Financial Inclusion Gender Data in Pakistan: Today and Tomorrow’ was held under a partnership titled ‘Women’s Financial Inclusion Data’ (WFID) a key platform engaged in increasing awareness about the importance of sex-dis aggregated financial services data and catalyzing action to increase women’s financial inclusion. WFID partners include the Alliance for Financial Inclusion (AFI), Data2X, the Financial Alliance for Women, the Inter-American Development Bank, IDB Invest, the International Finance Corporation, the International Monetary Fund (IMF), the World Bank Group, the Organisation for Economic Cooperation and Development (OECD), and the United Nations Capital Development Fund (UNCDF). In Pakistan, Karandaaz joined hands with this group to organize this workshop and to take forward the agenda of ‘Gender Data for Financial Inclusion’. During the workshop, the findings of a recent study conducted by ConsumerCentrix (CCX), a Geneva-based strategy consulting firm for AFI, to map national ecosystem related to gender data on financial inclusion were also shared.

Karandaaz helped to co-ordinate the data collection and interviews with different stakeholders for this study. AFI has an ongoing collaboration with the State Bank of Pakistan (SBP) for the Banking on Equality Policy. The workshop was attended by Sima Kamil, Deputy Governor (Financial Inclusion, Digital Financial Services & IT) SBP; Dr. Shamshad Akhtar, Chairperson Karandaaz; and Inez Murray, CEO Financial Alliance for Women. Also in attendance were Anna Gincherman, a partner at ConsumerCentrix (CCX); Rebecca Ruf leads peer learning, knowledge production and data analytics programs for the Financial Alliance for Women; and Mehr Shah, Director Knowledge Management and Communications at Karandaaz Pakistan.

The workshop underscored the importance of supply side data on women’s access and use of financial services, including volumes lent to their businesses, in order to both drive more financial services providers to design for the women of Pakistan and for policy makers to create a more supportive enabling environment for commercial engagement.

Dr. Shamshad Akhtar, Chairperson Karandaaz while addressing the workshop said, “The case for including women in the formal financial system is not based on a social or moral argument alone but also on the fact that women present a viable business proposition for service providers. According to a Boston Consulting Group study, women control more than USD 20 trillion in consumer spending globally and are increasingly becoming a major force as entrepreneurs running small and medium enterprises. There is an unmet global credit demand of nearly USD 1.7 trillion amongst women-owned SME businesses. Women are also more prudent borrowers compared to men. The Financial Alliance for Women estimated that, in 2019, the non-performing loans within its members’ portfolios was more than 50% higher for men than women.”

Sima Kamil, Deputy Governor (Financial Inclusion, Digital Financial Services & IT) SBP in her remarks said, “There are 82 million unique bank accounts in Pakistan as of December 2020, out of which 21 million belong to women. This represents 33% of adult women having a bank account. Women’s financial inclusion has been one of the top priorities of the National Financial Inclusion Strategy (NFIS) and was reinforced by the newly developed Banking on Equality policy, which was launched on September 17, 2021, and has introduced measures for embedding a cross cutting gender lens in policies and practices of financial institutions.

These include promotion of gender diversity in financial institutions and their access points, introduction of women centric products and targeted outreach, establishment of women champions at all touch points, and formation of a policy forum on gender and finance. One other important pillar of this policy is collection of robust gender-disaggregated data and setting targets for financial institutions. I am glad that this study will supplement SBP’s fundamental focus on gender disaggregated data, emphasized under our Banking on Equality policy.”

Speaking to the workshop participants, Inez Murray, CEO Financial Alliance for Women said, “Access to a bank account in Pakistan has grown from 4% of women in 2008 to 18% in 2020. While this is a very positive trajectory, it means that 82% of women in Pakistan still do not have access to a formal bank account. The gender gap in access to financial services has widened over this period. Women’s financial inclusion is well established globally to be one of the most powerful levers for bringing households out of poverty.