A colorful ceremony was arranged on the final day of the championship at the college premises where the Commander Sector South was the chief guest. District management, Mushraans from Mehsud and Betni tribes, President Pakistan Taekwondo Federation (PTF) and a number of area elders witnessed the closing ceremony. The chief guest gave away the trophies, shields and souvenirs.

President Pakistan Taekwondo Federation, Lt Col ® Waseem Ahmed while thanking IG FC and Pak Army said, “The successful tournament has once again showcased that the locals are peace-loving and are welcoming towards every healthy activity”. It is pertinent to mention here that the Frontier Corps (FC), Pakistan Taekwondo Federation and Waziristan Taekwondo Association jointly arranged the first-ever national championship in this region. Eight teams of more than 200 senior and under 17 male players from all across Pakistan participated in this 3-day long championship.

Renowned martial arts expert from South Waziristan Muhammad Irfan Mehsood was the ‘special attention’ as he has registered his name in the 31st Guinness Book of World Records for doing 60 push-ups in one minute with one leg raised while carrying a 40lb pack. He was present throughout the tournament to keep the momentum of the players intact. 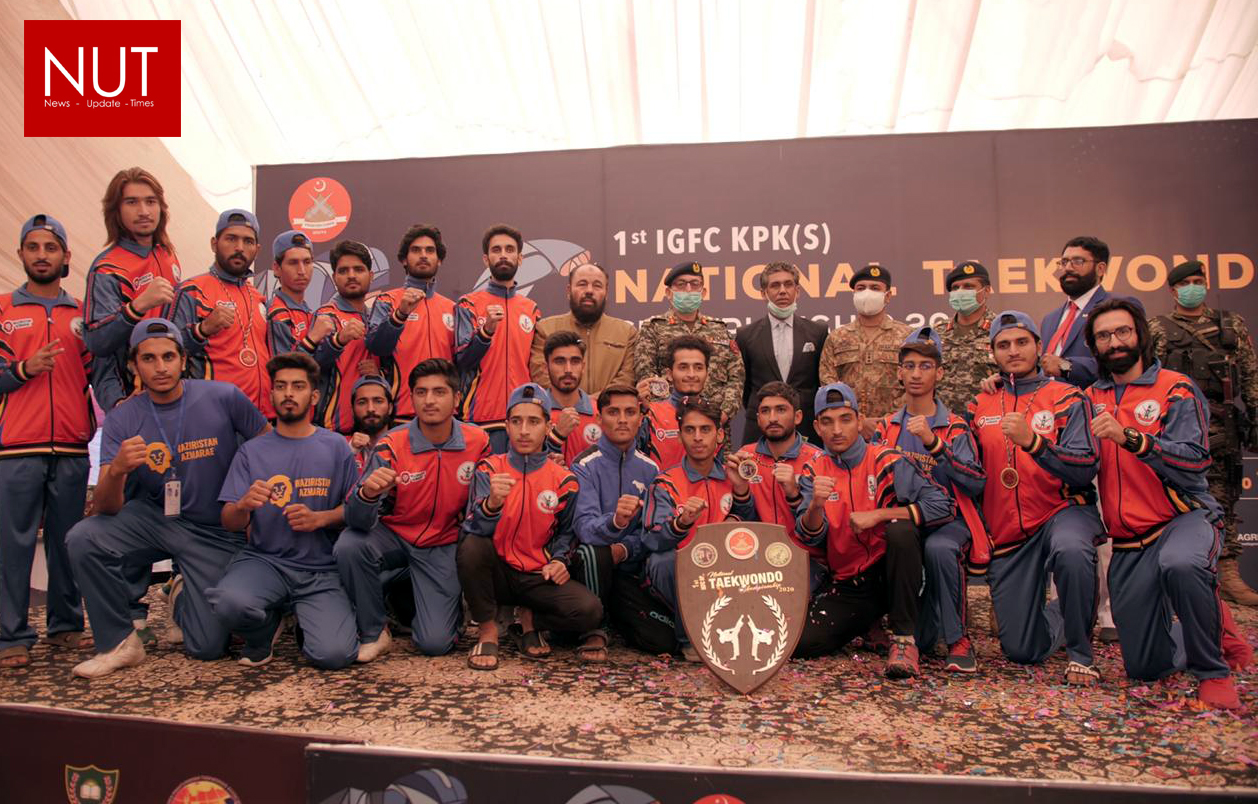