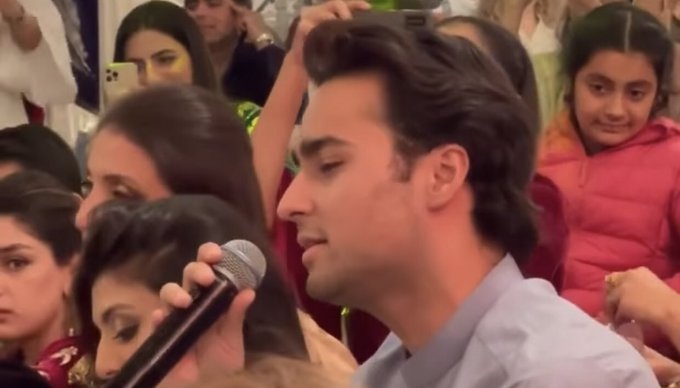 What’s even better is that singing maestro Rahat Fateh was himself at the function too. He was invited to the Qawwali night function to enchant the guests with his songs.

Here are some of the social media reactions on the video of Junaid Safdar singing Rahat Fateh Ali Khan’s song.

One user appreciated how adorable it was that Maryam Nawaz got up to record the moment her son sang in front of legendary musician Rahat Fateh Ali Khan.

Junaid Safdar’s wedding reception will take place on December 17 in Lahore. Junaid Safdar and Ayesha Saif got married on August 22 in London and photos and videos of their marriage had earlier gone viral on social media.