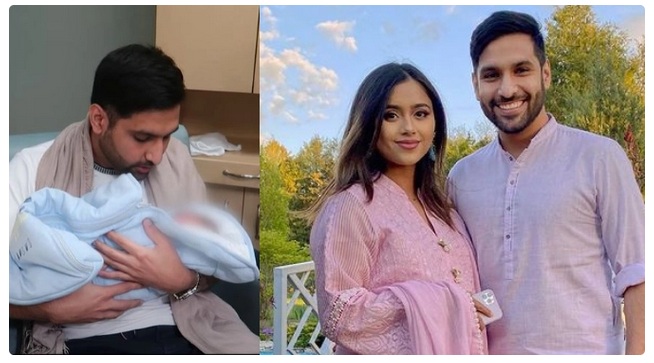 YouTuber Zaid Ali T recently welcomed his first child with wife Yumnah Ali, and a video snippet of him giving Azaan into his son’s ears has warmed fans’ hearts. A week after the birth of his son Izyan Ali Zaid, who was born on Aug. 18, Zaid shared a vlog on his YouTube titled ‘OUR BABY BOY IS HERE!’ featuring videos from the hospital room just before and after Yumnah gave birth to him.

One such snippet of Zaid Ali reciting the azaan into his newborn son’s ears has taken the Internet by storm, eliciting warm reactions from fans who follow the couple. Have a look at the heartwarming video!

The YouTube comments section naturally overflowed with love and prayers for the couple and their newborn child, with many pointing out the special moment between Zaid Ali and his firstborn.

“I was getting goosebumps when he was giving azaan in Izyaan’s ears,” read one comment, while another viewer said, “The Adhan part was so emotional man!”