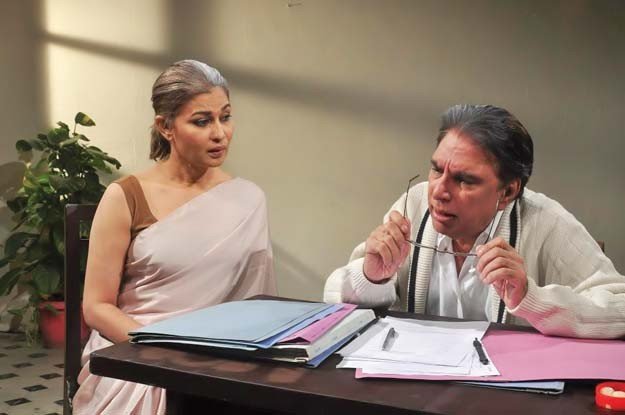 The renowned actor had been battling ovarian cancer 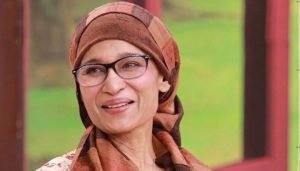 Veteran Pakistani actor Nayla Jaffry passed away on Saturday evening after prolonged battle with ovarian cancer . The news came after a message was initiated by the Arts Council karachi. Her funeral procession held on same day , after Namaz e Ishaat DHA Tooba Masjid.

The actor, whose career spanned over decades, had appealed to the government to help aid her treatment expenses.

Nayla was first diagnosed in 2016. She was initially battling ovarian cancer and later with gastric cancer. Four years ago in 2017, the renowned star was reported to be suffering from the third stage of the disease. She was discharged from the hospital after her initial treatment.However, her treatment had been continuing since 2016 as she frequented visits and was admitted few times for the last five years.

Before being diagnosed with the illness in 2016, Jaffri was a regular face on television, known for her stellar performances in drama serials like Aa Mujh ko Satana, Desi Girls and Thodi Si Khushiyan. She was a mother figure on and off-air, with her grace and strength making her popular among veterans and youngsters of the entertainment industry.

Jaffri’s dialogue delivery reflected her calm and collected demeanor but her soft-spoken and composed-self could never be mistaken for weakness. She played various characters among which, many were more of the same, courtesy of typecasting and not sub-par acting. This is evident by the brilliance with which she portrayed them.

She spent more than twenty years in the entertainment business after commencing her career as a voice entertainer for TV series Drama Hee Drama in 1998. Making her onscreen debut with An Insane Laugh Aka Mehak in 2004, she went on to play Ayesha in I’m Locked and in 2009, she nabbed the miniseries Noorpur Ki Rani, which opened many doors for her.

Jaffri also shared the stage with veteran actor Rahat Kazmi under the direction of Zia Moheyyedin back in 2012. Performing in two plays, Jaffri and Kazmi provided two hours of wholesome entertainment. In one of the plays, Jaffri portrayed a beautiful 55-year-old woman who has accepted that life is too short and needs to be celebrated. She seemed to be ageing in reverse at the time.

Cinepax CEO makes it to the top 5 Women of Global...