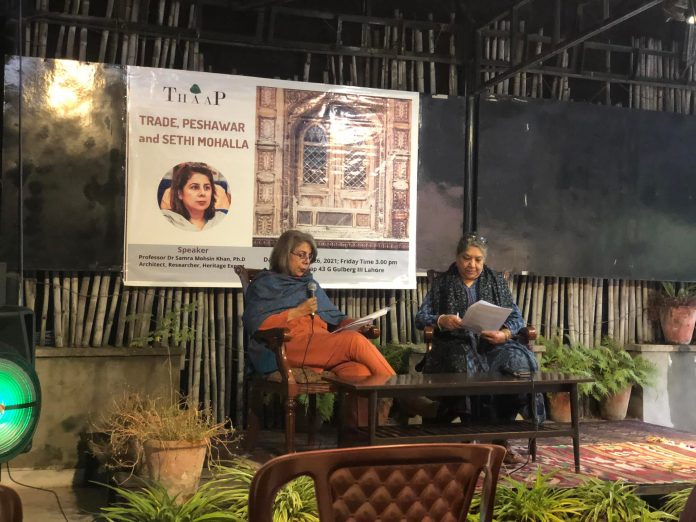 Professor Dr Samra Mohsin Khan presented a paper titled “Trade, Peshawar and development of Mohalla Sethian” at THAAP on Friday 26th  November. She traced the expansion of trade during the early modern period ca 1500-1800 and the impact it had on the growth and development on the city of Peshawar and in particular the fortunes of leading trading family the Sethis of Peshawar. Trade between the Subcontinent and Central Asia has a tradition going back centuries and it got a particular stimulus after the Turk, Pathan and other tribes from the Central Asia came to settle in Punjab and India. Professing the Muslim faith they brought in their wake scholars and soofis who spread the message of Islam and in the process encouraged the interaction of the populations of the region. 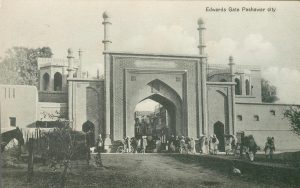 The city of Peshawar was the major beneficiary of this exchange and trade. Professor Samra traced the growth of the city and its two main gates, the Kabuli gate and the Lahori Gate emphasizing the trade route and the logistic pattern. Caravan Serais were an important link in the trade and Professor Samra explained in good details the establishment of the various serais over a period  of time.

She illustrated her talk with the examples of the Havelis of the Sethi family and traced their history and the prosperity they enjoyed. The Havelis are an excellent example of Architecture that reflects the local culture and climate and should be the example to study and emulate by the local present day architects and their students. 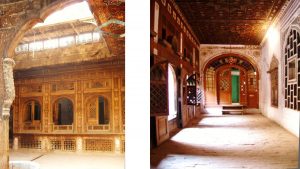 Professor Sajida Haider Vandal, former Principal National College of Arts and CEO of THAAP moderated the session and praised the work done by Professor Samra. She said she was proud of her student, colleague and fellow teacher and was happy to note and appreciate the maturing  of Professor Samra into a scholar of international standing.

It was a well-attended talk with an active and interested audience who enlivened the event with animated discussion.

Collaboration between IAC and MAFBI in the field of Archaeology