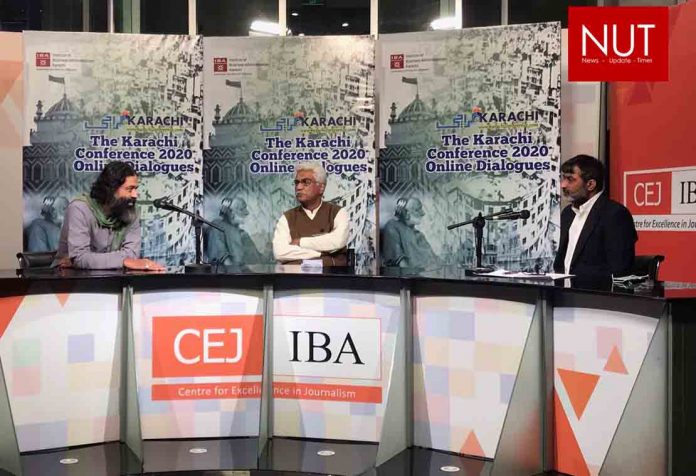 Karachi (Muhammad Yasir)  The Karachi Conference 2020 Online Dialogues, in collaboration with the IBA Karachi, held its first dialogue live from the IBA-CEJ studio on Monday, December 8, 2020 on “Devotional Music and Sufi Traditions in Sindh”.

Three eminent scholars from their respective fields presented their views on how Sufi and devotional music in Sindh can be understood and appreciated in different ways. M. Rizwanullah Khan from Karachi University provided his perspective on “Sema in the Khaneqah Nizam: Myth and Misconceptions.” Dr. Stefan Williamson Fa joined from the University of Birmingham in the UK to give a fascinating presentation on Aziz Balouch and the search for Flamenco’s sufi origins. Akhtar Dargahi, as a practicing musical maestro, explained the six different genres of Sindhi devotional music and demonstrated these through short live performances during the session. The panel discussion was chaired by Dr. Abdul Haque Chang, Assistant Professor, Social Sciences and Liberal Arts Department, IBA Karachi.

Day 2 of the dialogues revolved around “The Lesser-known Communities of Karachi” which was introduced by the Karachi Conference Foundation’s Joint secretary Aliya Iqbal Naqvi. This session was chaired and moderated Dr. Ali Usman Qasmi from LUMS university, well known for his publications on minorities.

Renowned scholars participated in this session, commencing with Professor Charles Amjad Ali from Chicago. In his talk, he openly outlined the history of minorities from the early era of Islam, wherein they were actually considered a part of the Ummah, as opposed to being outcasts, and the central role they played in the formation of early Islam.

Rumana Husain touched upon the Hindu sub-caste of the Vaghdis and regarded them as outcasts due to both heir untouchability and their religion. Also, as part of the discussion, Jurgen Schafflecher’s film, ‘Mother Calling: Kali in Karachi’ also dealt with the Vaghdis in Karachi, focusing on their ability to practice their religion in relative harmony.

The final presentation was delivered by Rumina Kermani, who spoke about the role the Parsi community played in the evolution of Karachi. She explained the great spirit of philanthropy that the community practiced, which helped the city flourish.

The three-day conference will culminate with a key note address by Mr. Arif Hasan and share his insights on urban planning of Karachi on December 10, 2020. 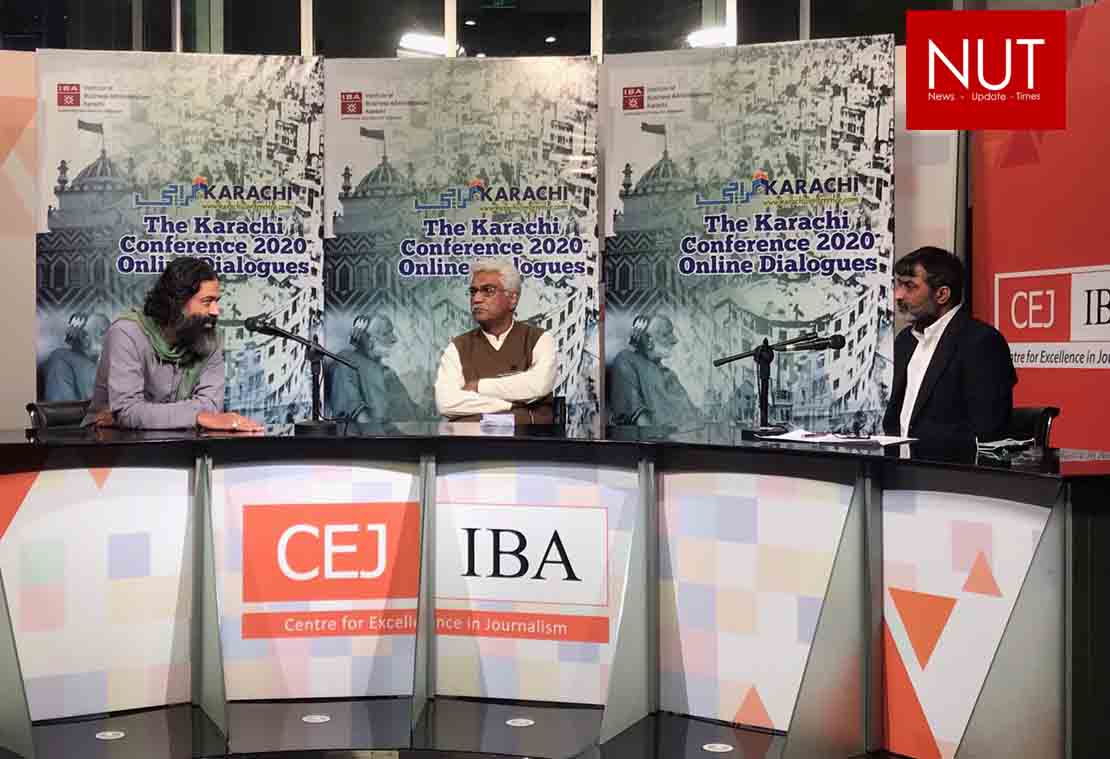