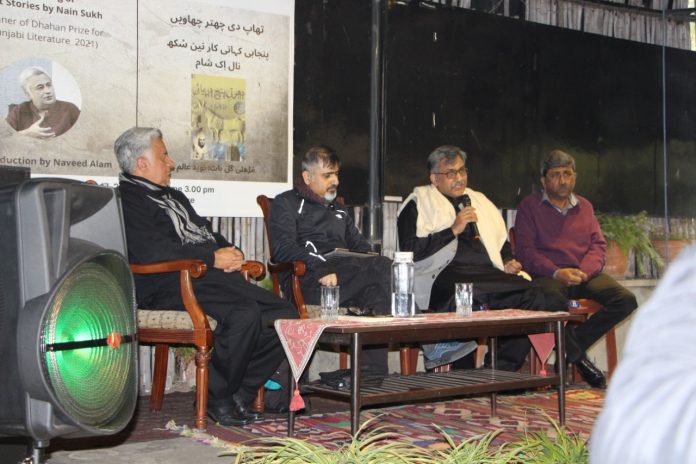 Thaap organized a special literary evening in honor of Punjabi writer “Nain Sukh” for winning the Dhahan international punjabi literature prize 2021 on the occasion of its 46th Talk. The talk was held at Thaap secreteriat Gulberg on December 17 and was attended by literature lovers and an interested & discriminating audience. 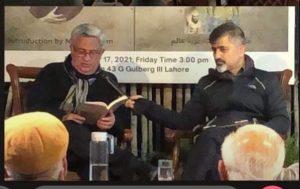 Nain Sukh is the recipient of the Dhahan International Punjabi Literature Prize 2021 and the Masud Khadarposh Award 2015. In local litereay circles, he is considered Pride of Punjab for being the first rceipient of Dhahan International Punjabi Literature Prize from Pakistani Punjab. Pr. Retd. Sajida Haider Vandal, Pervez Vandal and other partcipants acknowleged the contributions of Nain Sukh in promotion of Punjabi literature. 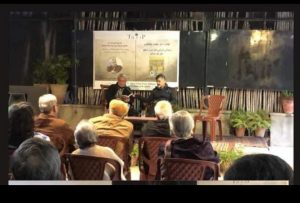 In the evening, Nain Sukh read his short stories from his award winning book and lively discussion took place with penetrating remarks and questions. 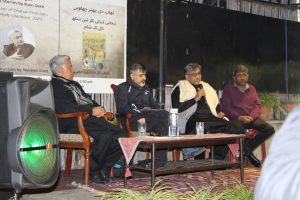 Nain Sukh has published several Punjabi short stories, poetry, Novel and novelette over the years. Through his work, he has attempted to transform his 28 years of research and observations of Punjab, combining them with historical insights gained from the works of old masters, into works of fiction and poetry. 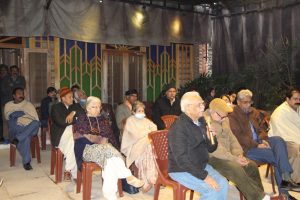 Professor Naveed Alam made the introductions and acted as the moderator. He briefed the audience that Nain Sukh’s book, Jogi, Sapp, Trah (The Snake Charmer, Snake and Fright), won the Dhahan Prize for Punjabi literature announced in Canada. The Canada-based prize committee had received 45 entries this year.
While putting light on the short stories, Pr. Naveed Alam shared that Nain Sukh’s award-winning book has many characters from the lower stratum of society, considered outcasts — Dalits who converted to Islam, but could not shake off the stigma attached to their former caste besides weavers, shoemakers, fishers, hairdressers, snake charmers, gypsies and all the subalterns. 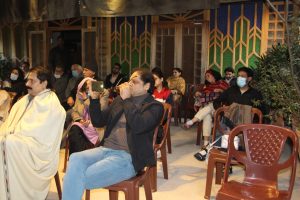 During the evening, writer Nain Sukh discussed the reasons that when those belonging to these so-called lower castes realised the dishonour attached to their work and craft, they gradually started quitting it. This culminated into the erasure of history that was preserved in their collective memory, as nobody had recorded it.