NUT Desk -ISLAMABAD: The government is evolving a comprehensive strategy to bring more retailers into the tax net from July 1, a senior official told media Tuesday.

The proposal was discussed at a meeting chaired by Finance Minister Shaukat Tarin at the Federal Board of Revenue.

Special Assistant to the Prime Minister on Revenue and Finance Dr Waqar Masood Khan and FBR Chairman Asim Ahmad briefed the minister on the development.

SAPM Dr Waqar Khan told media that a group of experts would be involved in broadening of tax base. He said the FBR would get data from the National Data Registration Authority for bringing potential taxpayers into the tax net.

The new system, he said, would be in place from July 1.

A spokesperson of the FBR said that ways for its better management and monitoring of broadening of tax base were being discussed. `Nothing has been finalised as yet,` the spokesperson said.The agenda of the meeting was to devise a strategy to increase integration of retailers with the Point-of-Sales (POS) system of the FBR and discussed the way forward to bring identified potential taxpayers into the tax net.

FBR Chairman Asim Ahmad, while briefing the meeting, said that the licensing of IT companies for installation and configuration of the POS system would be completed by the end of August. He said that monitoring cells would be formed in each RTO headed by respective chief commissioner to supervise the POS integration for achieving the desired results. 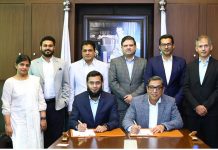 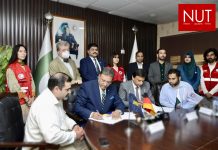