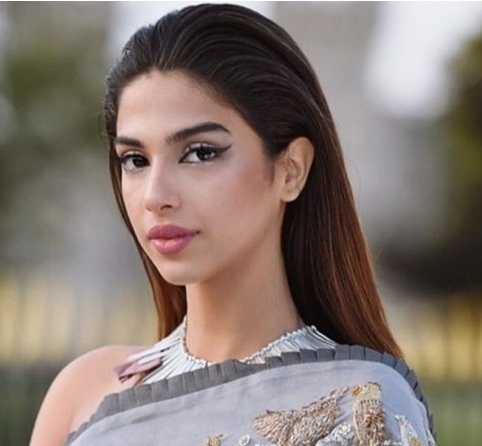 Talented Actress Sonya Hussyn is calling out the ‘double standards’ of jury after the announcement of Lux Style Awards 2021 nominations. Turning to her Instagram on Friday, a disappointed Sonya highlighted some of her promising projects, including Saraab, that remained unrecognized.

“It is very disappointing to see that a project like Saraab did not bag even a single nomination at the Lux Style Awards 2021.” She added, “We talk about the need for meaningful content that also educates the masses with real issues but when [such content is] finally created they’re hardly ever recognised/nominated for awards. Aren’t those double standards?” 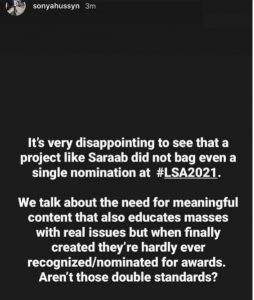 Sonya also questioned the authenticity of such awards, dubbing that the jury oversees the meaningful content and supports dramas that have been deemed commercially ‘hit.’ 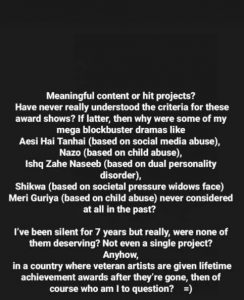 Lastly, the Ishq Zehnaseeb actor wrote, “I’ve been silent for seven years but really, were none of these [dramas] deserving? Not even a single project? Anyhow, in a country where veteran artists are given lifetime achievement awards after they’re gone, then who am I to question?”