KARACHI: A local court in Karachi issued on Tuesday notice to Special Assistant to Punjab Chief Minister on Information Firdous Ashiq Awan and police officials on PPP lawmaker Qadir Khan Mandokhel’s application seeking the registration of a first information report (FIR) against Awan for slapping him on the set of a television talk show.

Mandokhel had moved an application under Section 22-A of the Criminal Procedure Code, seeking directions for the SSP Complaints Cell and SHO PS Saeedabad to lodge an FIR against Awan.

Awan made headlines earlier this month after footage of her getting into a physical altercation with Mandokhail went viral on social media. 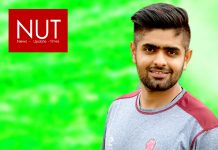