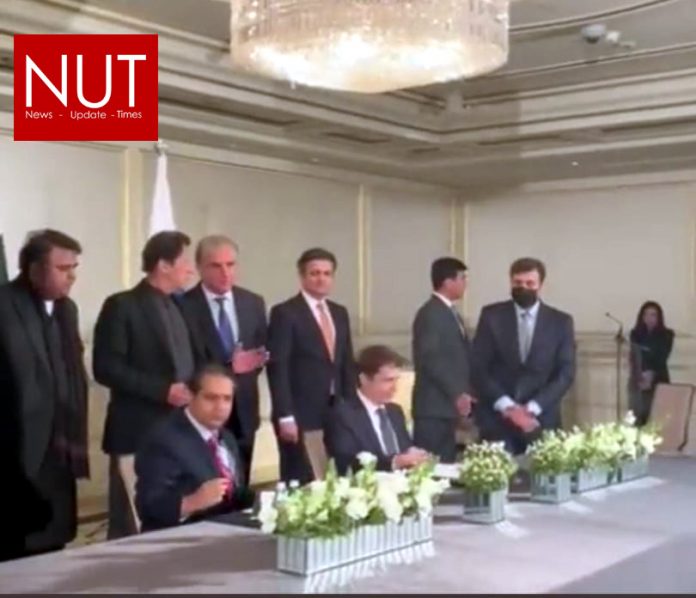 Lahore (Nut Desk) The Skolkovo Foundation and STZA Sign Letter of Intent to Cooperate on Civilian Technology Sector The historic visit of the Prime Minister of Pakistan, H.E. Mr. Imran Khan, to the Russian Federation, has paved the way for both nations to undertake cooperation in many areas including technology. Skolkovo Foundation and the Special Technology Zones Authority (STZA) of Pakistan have signed a Letter of Intent (LOI) to boost cooperation in the technology sector, establish closer business relations and foster strategic cooperation and exchanges between the Russian and Pakistani scientific and technological institutions and enterprises.

The LOI was signed between Mr. Igor Drozdov, Chairman of the Board, Skolkovo Foundation and Mr. Amer Ahmed Hashmi, Chairman, Special Technology Zones Authority and was witnessed by the Prime Minister. The Skolkovo Foundation is a non-commercial organization, founded in Moscow, in 2010. The goal of the Foundation is to support technological entrepreneurship in Russia and to commercialize the results of scientific research activities.

The number of Skolkovo residents already exceeds 3,200 and the Foundation provides them with an array of services that are necessary to roll out developments into international markets. Located at Skolkovo Innovation Center is the Skolkovo Institute of Science and Technology (Skoltech), which is listed in the Nature Index “Top-100 Young Universities” list. The Skolkovo – STZA collaboration is the latest addition to STZA’s portfolio of strategic partnerships, intended to collaborate on opening new doors for the leading Russian technology companies and organizations seeking to operate in Pakistan’s Special Technology Zones. STZA was enacted in 2021 with a national mandate of creating technological ecosystems across the country and offers access to wide-ranging fiscal and forex incentives, regulatory support, highly trained human capital, and soft landing through its one window framework to support the growth of enterprises in the zones.

The Skolkovo Foundation and STZA intend to cooperate in developing centers of innovation as well as research and development institutions which will facilitate the national development strategy 2024 and 2030 of the Russian Federation and will help Pakistan in achieving its goal of becoming a technology leader in the region, especially in the areas of circular economy, low carbon development projects, clean energy, and digital transformation. It will also aid in establishing linkages among academic institutions, promote online and offline technology activities and practical exchanges in all sectors of technology. 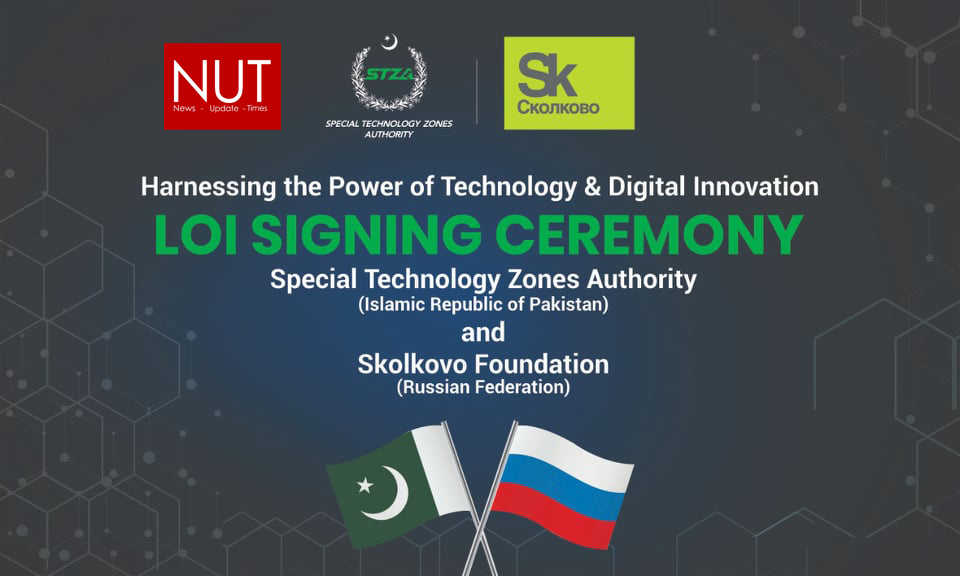 Emirates to showcase its Premium Economy Seats for the first time...