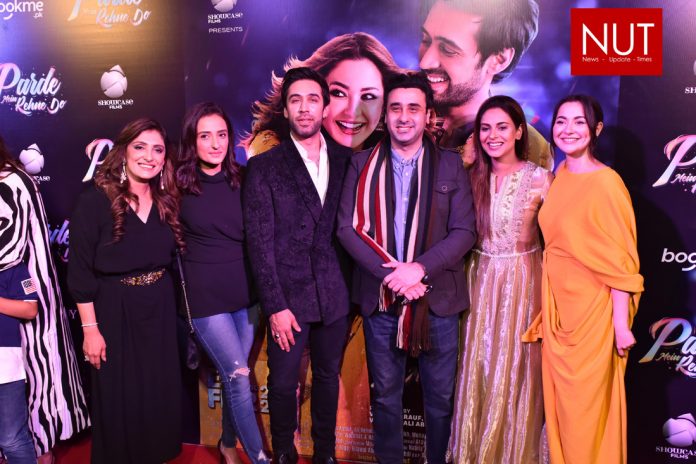 Karachi (Muhammad Yasir) The highly anticipated movie “Parde Mein Rehne Do” starring Hania Aamir and Ali Rehman for the first time as the leading pair, saw the release of its trailer and three songs amidst much excitement in a star-studded affair at the Beach Luxury Hotel, Karachi on the evening of Friday, 25th of February. With movie audiences eagerly awaiting Wajahat Rauf’s fourth feature film “Parde Mein Rehne Do” since the cinemas reopened nationwide, the comedy flick is set to release on Eid-ul-Fitr in theatres throughout Pakistan.

The trailer and song release for this film took place at Beach Luxury Hotel, Karachi with members of the press present to watch the movie trailer, listen to a live performance of some songs from the movie’s soundtrack, and to participate in a Q&A session with the cast and crew. Hosted by Dananeer Mobeen, the ‘pawri’ was on as she first introduced the director, producer and cast, and invited members of the cast and crew to address the audience. The powerful soundtrack, directed by Hassan Ali and Aashir Wajahat left the audience enthralled.

The plot for “Parde Mein Rehne Do” addresses a serious societal issue faced by almost every newly married couple in Pakistan, i.e. the pressure to start their own family without being given a chance to enjoy and explore their life together. Director Wajahat Rauf has addressed this prevalent issue in his uniquely humorous way with this movie, and with the perfect choice of actors brought the characters to life. With a strong supporting cast comprising of veteran actors such as Jawed Sheikh, Saifee Hasan and Noor ul Hassan, this movie is expected to go big at the box office.

Speaking on the occasion, the lead actor Ali Rehman, commented, “It was such a great experience shooting with an amazing team. I’m so proud of ‘Parde Mein Rehne Do’ because not only is it a labor of love, which we worked very hard to shoot during a pandemic, but more importantly it addresses the stigma attached to accepting certain social issues that can really have a big impact on the society as a whole”.

“Parde Mein Rehne Do” is very close to my heart for various reasons. Firstly, because of how beautifully it has been written. How effortlessly Mohsin has talked about a subject so taboo and translated it with such care while incorporating elements of humor. Secondly, if production had to learn what the word ‘efficient’ meant I would send them to Shazia Wajahat, never seen a more professional producer. The director, Wajahat Rauf is an entertainer, and I have not worked with a director whose attention to humorous nuances is this good. Lastly, because it was a team effort, we were all there for each other throughout the shoot. This film is warm, responsible, and funny. Just like my team behind it’, stated the leading lady of the film Hania Aamir on the trailer and songs launch event.

While the much-celebrated Director Wajahat Rauf observed, “For me, ‘Parde Mein Rehne Do’ is a labor of love that addresses an important social issue. I hope to make more films that give out a positive message along with entertaining people.”

“Thoroughly enjoyed working on ‘Parde Mein Rehne Do’, mostly due to the topic this film is based on. It was a pleasure working with actors who I refer to as family and who made every day memorable and fun’, said Shazia Wajahat, the producer of the highly anticipated movie.

“Parde Mein Rehne Do” is the fourth movie releasing under the banner of Showcase Films, a joint venture of the stellar husband wife duo Wajahat Rauf and Shazia Wajahat. Showcase Films has Karachi Se Lahore (2015) – the first Pakistani film that premiered in Hollywood, and its sequel Lahore Se Aagey (2016) – the highest grossing film of the year, along with Chhalawa (2019) to its name. 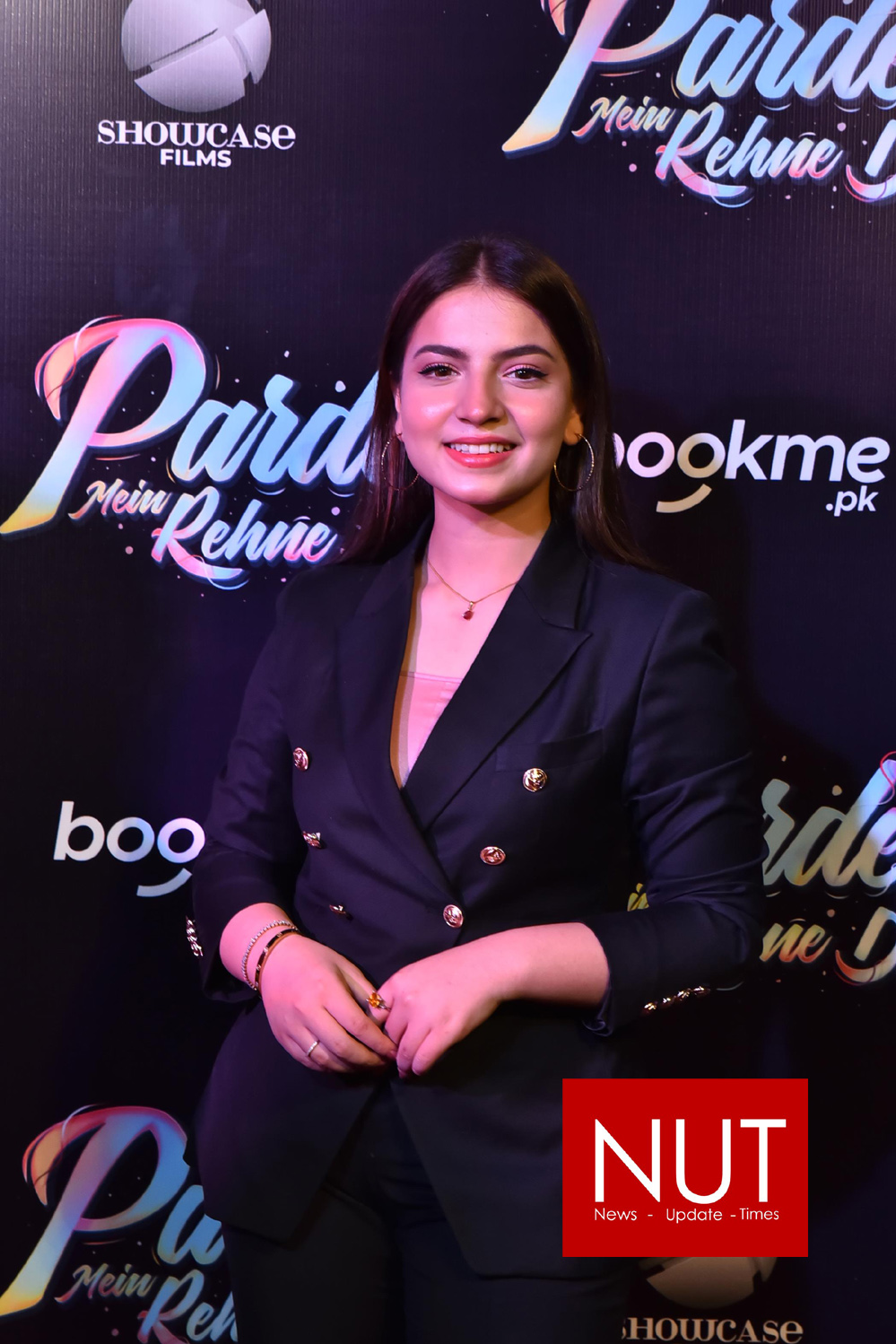 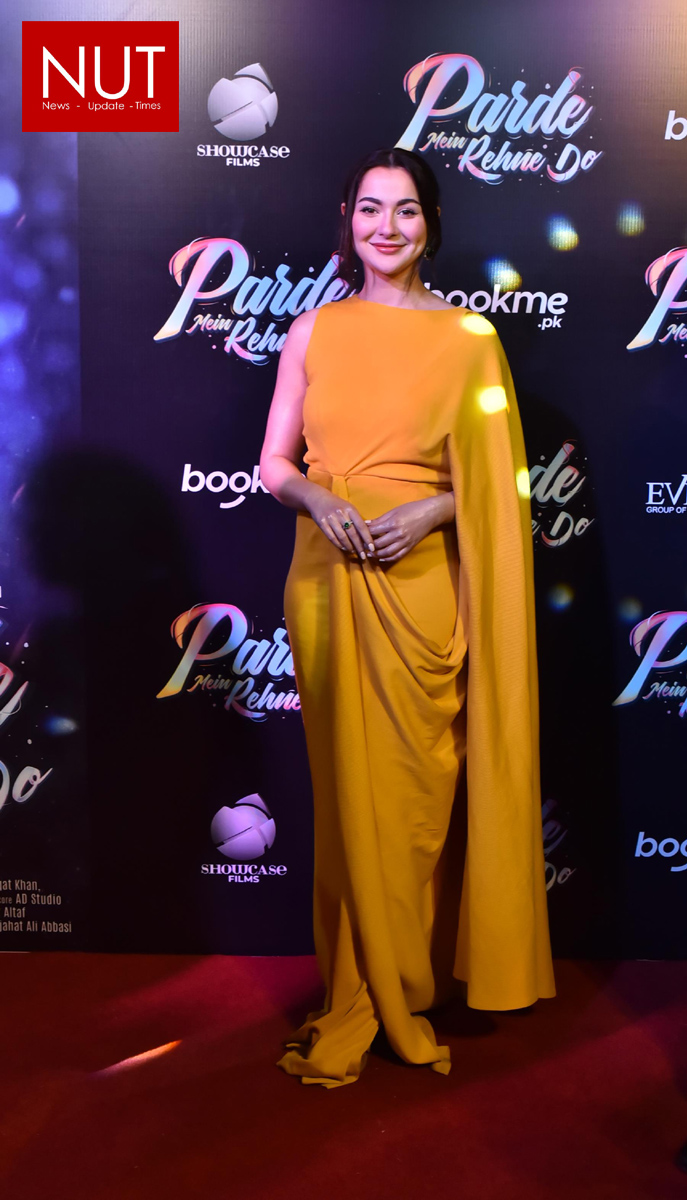 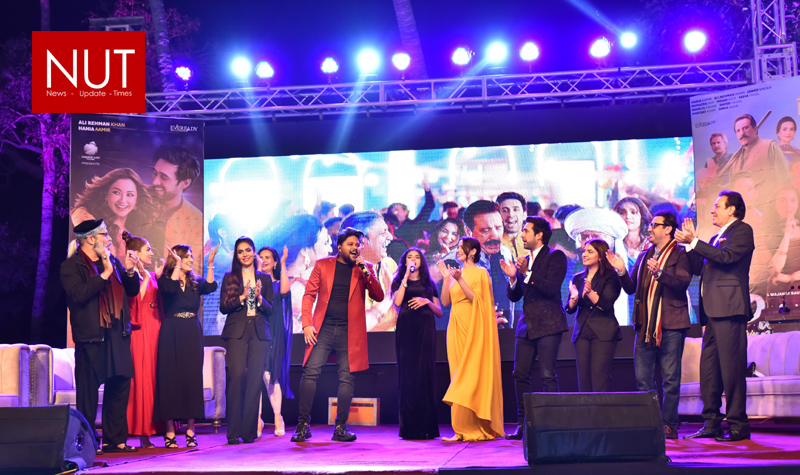