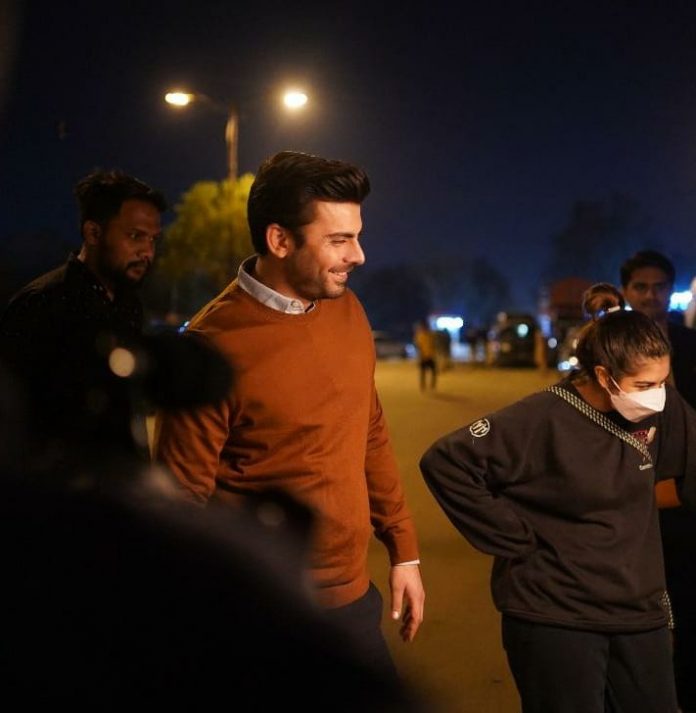 Lahore (Muhammad Yasir) The final schedule of Zindagi’s most anticipated original series featuring Fawad Khan and Sanam Saeed came to an end recently. The yet to be titled series is a blend of magical realism and supernatural fantasy with a family reunion. Directed by the critically acclaimed Asim Abbasi, the series was shot in the heart of Karachi and the serene valley of Hunza. Taking to Instagram, Asim Abbasi announced the wrap up of the shoot and thanked his team for their support.
“This is a very personal project for me. The shoot which spanned over 5 months has been the most challenging experience of my life but also the most rewarding.  The ensemble have done a beautiful job, and given some career best performances. While we have had many eventful days shooting for the series, the last day of the shoot was particularly action-packed. I remember the car we were supposed to shoot with didn’t work, so we used my personal car instead. During the shot, Fawad really had to burn the rubber, as he had to do a u-turn on a single lane road. It was a perfect shot but now I need new tyres!” Asim Abbasi said.
The series explores love, loss and reconciliation with a magical touch and will be launched on ZEE5 later this year.

Veena’s ex-husband Asad is working at a pizza shop