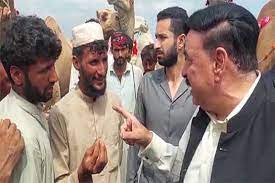 Eidul Azha, the Festival of Sacrifice, will be celebrated across Pakistan on Wednesday and citizens will sacrifice their animals after offering Eid Prayers.

The Punjab government has issued standard operating procedures (SOPs) to be adopted during Eid ul Adha prayers and sacrifice of animals in wake of a spike in COVID cases nationwide amid the fourth wave.

According to a notification issued by the Punjab home department, the Eid payers should be held at open places and while offering it inside the mosques, the doors and windows should remain open to ensure a smooth cross-ventilation.

“Eid prayers should be offered multiple times at the same place in order to avoid mass congregations,” it said while further requesting Muslim scholars and clerics to ensure keeping their Eid sermons short in order to minimize the effects of COVID spread.