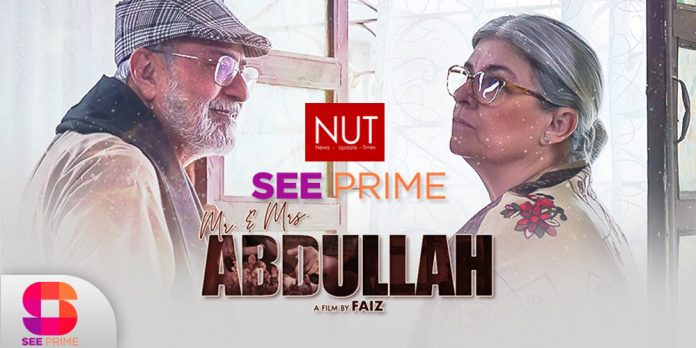 ‘Mr & Mrs Abdullah’ follows the story of a happily married old couple, Bano and Abdullah and their son Haris who no longer lives with them. Abdullah’s sickness is consuming him and his son keeps on insisting to send money to which Abdullah refuses and asks Haris to come see his parents. Abdullah cares about his family a lot and wants to ensure that they will be taken care of once he’s gone.

“Mr & Mrs Abdullah is a story that depicts just how fragile life is,” commented Seemeen Naveed, the executive producer and the woman behind SeePrime. “It is an emotional and inspiring tale and the hard work and efforts that have gone into it has made it even more special.”

The captivating story ‘Mr & Mrs Abdullah’ has been penned down by Syed Mohammad Ahmed, co-produced by Ali Hussain and Mahib Bukhari, directed by Faiz and executively produced by none other than Seemeen Naveed. ‘Mr & Mrs Abdullah is now available for viewers’ on SeePrime’s YouTube channel.