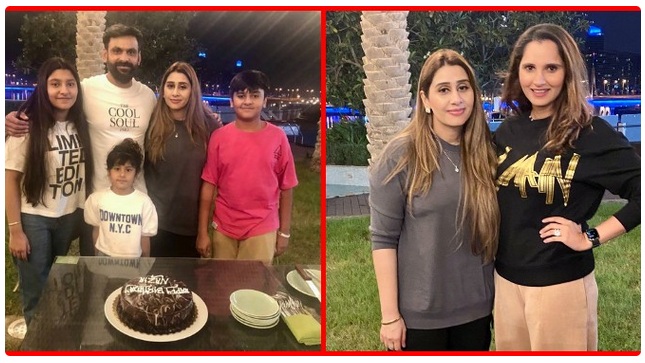 He shared pictures of the two families celebrating the occasion on his official Twitter page. The veteran all-rounder extended his birthday wishes to his wife. He thanked Sania Mirza for coming to the rescue and bringing a cake for her. 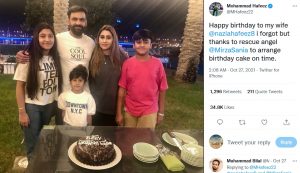 Mohammad Hafeez and Shoaib Malik are part of the Pakistan side in the ongoing ICC T20 World Cup which is taking place in the United Arab Emirates.

Pakistan are scheduled to play Afghanistan on October 29 at the Dubai International Cricket Stadium before heading to Abu Dhabi for playing against Namibia. Their last group stage match will be against Scotland in Sharjah on November 7.