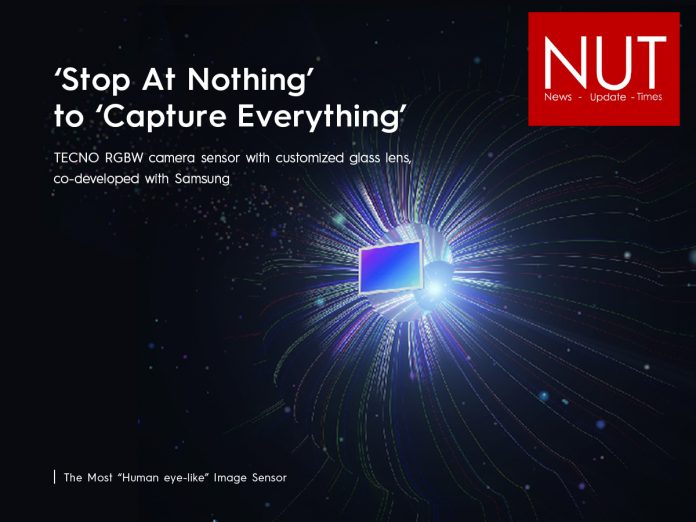 The phone will be launching in Pakistan in the second quarter.As Camon is TECNO’s renowned Camera series, the latest device will be equipped with a special RGBW sensor that adds a white sub-pixel to the current RGB array. This will improve light sensitivity, especially in low-light situations. In a webinar last month, TECNO’s Global team announced to be working with Samsung to bring this latest RGWB Camera Sensor in their phones.

This means the phones will be featuring a new Samsung image sensor that uses an RGBW pixel array for better quality images. It will be using Samsung’s Isocell GWB – an upcoming mobile imaging sensor that adds a white pixel to red, green, and blue pixels. The addition of the white pixel will improve the sensor’s overall sensitivity to light which will help produce better low light photographs. It claims lesser background glare in lit environments and more balanced contrast levels in darker backgrounds.

“TECNO shall be bringing some of the greatest technological devices from its Camon and Phantom series in Pakistan this year. After our first Borderless AMOLED – Phantom X and the Gimbal Technology Camon 18 Premier, we are looking to expand the mobile technology horizon for our Pakistani consumers. The fans will not have to wait too long as we shall be launching the RGWB Technology phones in the country pretty soon.”

This will mark the beginning of a new era in Pakistan. Stay tuned and follow TECNO’s official social media pages for more updates.