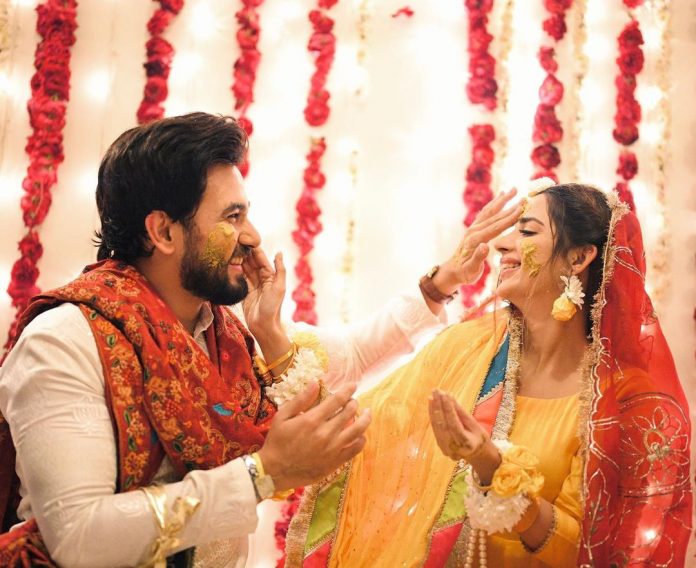 Saboor Aly is all-set to say her wedding vows to Ali Ansari!

The power couple is adding its name to the list of celebrity weddings this year. Both Saboor and Ali were joined by family including sister Sajal Aly for an intimate Mayun ceremony Wednesday night.

Turning to her Instagram later, Saboor dropped an adorable photo from the event where she can be seen rubbing turmeric on Ali Ansari’s face.

“بِسْمِ ٱللَّٰهِ ٱلرَّحْمَٰنِ ٱلرَّحِيمِ (In the Name of Allah, the Most Beneficient, the Most Merciful) captioned Saboor alongside the photo.

Groom Ali too, shared a photo from the day on his photo-sharing app, putting up the same caption as the Fitrat star’s.

Saboor and Aly announced their engagement in 2021. The lovebirds are all set to tie the knot this week.