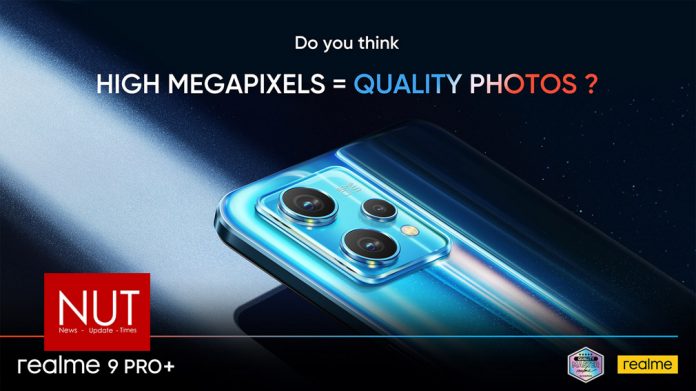 Back with another exciting entry into the number series of smartphones, realme continues to thrive in its mission to make high-end technology more accessible to the masses. The realme 9 Pro+ is primed to hit the market very soon with an unbelievable myriad of avant-garde features and an astonishing photochromic Light Shift Design which ties into the smartphone’s overarching design philosophy of Capturing the Light. It’s an exciting time for tech enthusiasts and realme fans alike as a smartphone’s camera capabilities are of paramount importance when it comes to picking the right phone for you and the realme 9 Pro+ brings you top level camera performance within its price segment. The smartphone’s camera setup features an incredible 50MP primary lens with a revolutionary Sony IMX766 OIS Sensor. Additionally, the rear camera setup features an 8MP super wide lens and a 2MP macro lens and the selfie camera in front features a stunning 16MP lens. The hardware is not the only trailblazing aspect of the realme 9 Pro+’s photography setup. realme’s intelligent software also works intently towards providing you with the highest quality of pictures. Let’s take a closer look behind the screen of the realme 9 Pro+ to figure out what gives the upcoming handset an edge in photography.

The Sony IMX766 OIS Sensor featured in the realme 9 Pro+ is the first of its kind in the price segment. The Sony series of smartphone camera sensors fall near the top of the list when it comes to overall performance. When compared to previous generations of Sony sensors, the Sony IMX766 is able to capture 63.8% more light. With a pixel size of 1 μm and a matrix size of 8.19 mm x 6.14 mm with a 45.51-inch diagonal, the Sony IMX766 sensor allows the realme 9 Pro+ to have vastly improved nighttime and low-light performance. The large 50MP sensor is able to record more data about the scene you are trying to capture hence picking up on the finer details in the final image without having a drastic impact on the file size. The Sony IMX766 sensor doesn’t work alone to brighten up your pictures. The realme 9 Pro+’s Prolight Imaging Technology works synchronously with the sensor to increase the intake of light leading to more dynamic images. Street Photography mode has also received an upgrade with the realme 9 Pro+ to become Street Photography 2.0 featuring an array of cool and trendy filters and effects in its library so you can get creative with the shots you take.

Motion blur is a common issue that can ruin what would otherwise be an amazing picture. Anyone can fall victim to shaky hands rendering their photos unworkable. The solution to this lies in the realme 9 Pro+’s Optical Image Stabilization (OIS) system. OIS is a mechanical system which works by physically adjusting the image sensor or lens module in the opposite direction of your movement in order to counteract it. This is useful in negating the effects of slight movement on your otherwise perfect shot by removing the possibility for motion blur. OIS is generally useful in all situations but it’s particularly useful in low-light situations. The realme 9 Pro+’s gyroscope accumulates data on the phone’s position and orientation which is fed to the microcontrollers and used to determine the direction and scale that the lens or sensor should be shifted in order to negate the movement of the camera. The AI Noise Reduction Engine 3.0 also helps clean up the final product of the realme 9 Pro+’s camera. It utilizes cutting edge software technology such as smart image averaging and shape adaptive de-noising to smartly reduce digital noise by 30%. This leads to a final product that has less grain and enhanced details so that you get a beautiful, more natural image.

With all this to be excited about with the realme 9 Pro+, it goes without question that fans are impatiently awaiting its release. Luckily, the wait won’t go on much longer as the realme 9 Pro+ is launching in Pakistan on Monday, April 18, 2022 at 07:00 PM PST with a stellar launch event and live stream. You can catch the launch streaming live on the realme Pakistan’s Facebook page and YouTube channel. Make sure you catch the stream in order to get a chance to win amazing gifts and giveaways. You can expect to hear further details about the upcoming realme 9 Pro+ in the days to come so keep on the lookout for further information. 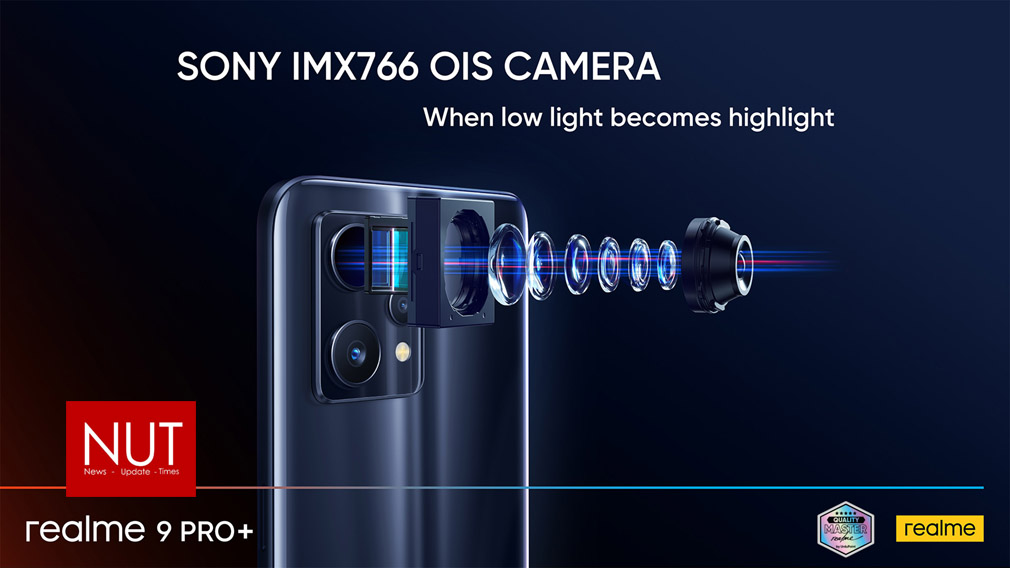