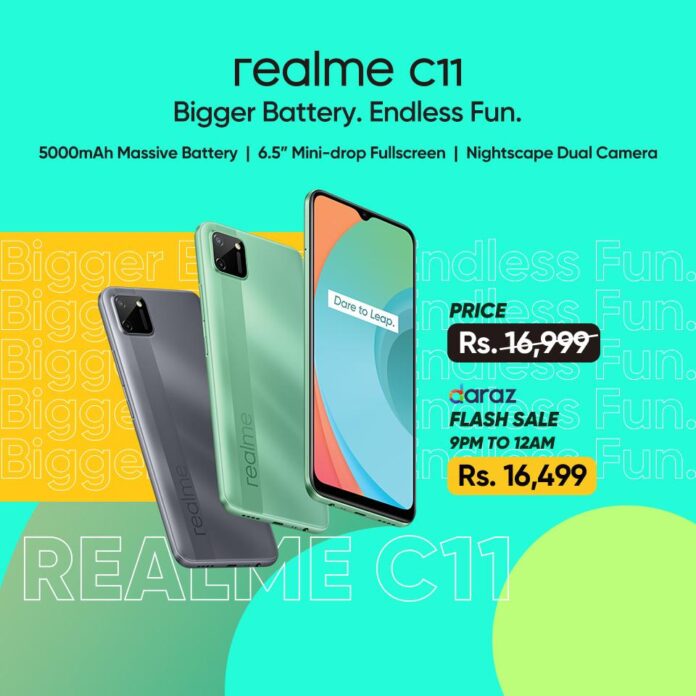 The realme C11 is priced at Rs. 16,999 with flash sale price for today at 164,999  is introduced in a single 2GB RAM and 32GB storage configuration. However, the device has a dedicated microSD card slot for storage expansion up to 256GB. It is available in two colour options – Mint Green and Pepper Grey. Which will be available for sale  by July 23, 2020

On its rear is perhaps the most attractive feature of the phone. It has a tidy-looking back panel, one that highlights what realme calls as a Geometric Art Design. The panel also sports a texture that should help users in terms of grip.

For the photography enthusiasts out there, the Realme C11 comes with a dual rear camera setup, which includes a 13MP primary camera with f/2.2 aperture and a 2MP depth sensor with f/2.4. At the front, the realme C11 sports a 5MP selfie shooter with f/2.4 aperture.

The back panel of the device also sports a dual-camera setup, housed in a modern square-like module. Note that the phone is the first one from the brand to wear a new camera layout. The system comprises AI-powered 13MP wide and 2MP depth sensors. Also, there is an LED flash, HDR, and panorama. The realme logo can be seen as well.

On the software side of things, the realme C11 reports the latest Android 10 OS with the company’s in-house realme UI skin baked on top of it. Coming to the battery of the device, the realme C11 boasts a massive 5,000mAh battery, which has scope for 10W charging over a micro USB port. 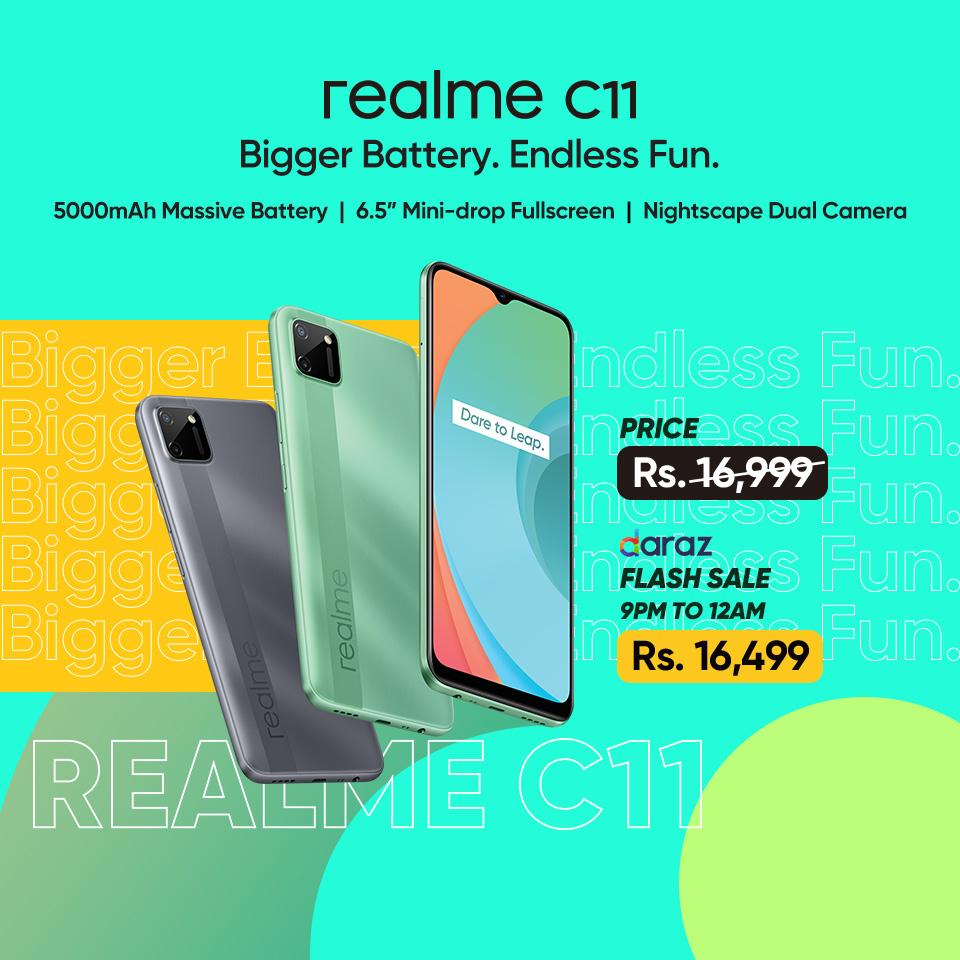