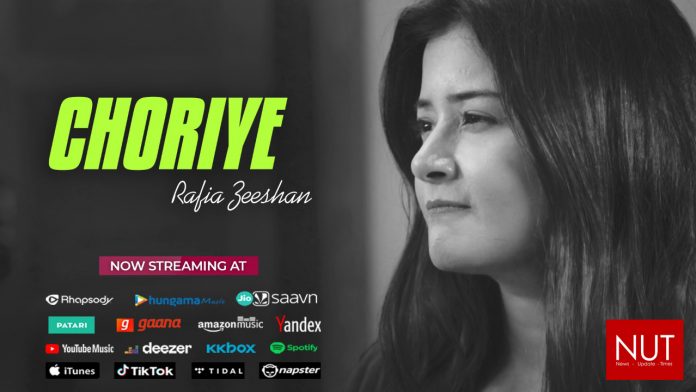 Rafia Zeeshan brings yet another promising track “Choriye” with her ever so melodious voice. In times when we anticipate and appreciate emerging artists of our gifted nation bursting with talent, Rafia Zeeshan is one such name that we can look out for.

Her single “Choriye” is very different from her debut track “Dil Tu Jaan Tu” which was solely patriotic. Just as the track plays, one can only come in awe for her beautiful voice and resonate with the lyrical melody of it. “Choriye” is written by the singer’s husband and it completely depicts the purity of love shared by a married couple.

Taking a look at the life of our artist, Rafia Zeeshan was born in the city of musicians Faisalabad. She has to her name many achievements, having worked as a host in a private TV channel and being a teacher of Media Studies in WISH and Foundation University Islamabad. The beauty of her songs lies in team work depicted by herself and her husband. Upon making a tune, her husband provides the matching lyrics which makes its way for the perfectly soothing track as a result.

This song is based on married couples and how when their life gets used to routine with the passing years, the spark in the marriage often goes away or gets lost somewhere. The husband and wife pair in the song is interestingly played by Rafia Zeeshan and her husband themselves, making it a more realistic depiction that the audience can relate to. Keeping herself in the song makes her get more in tune with the song and lyrics since it is in her own voice. 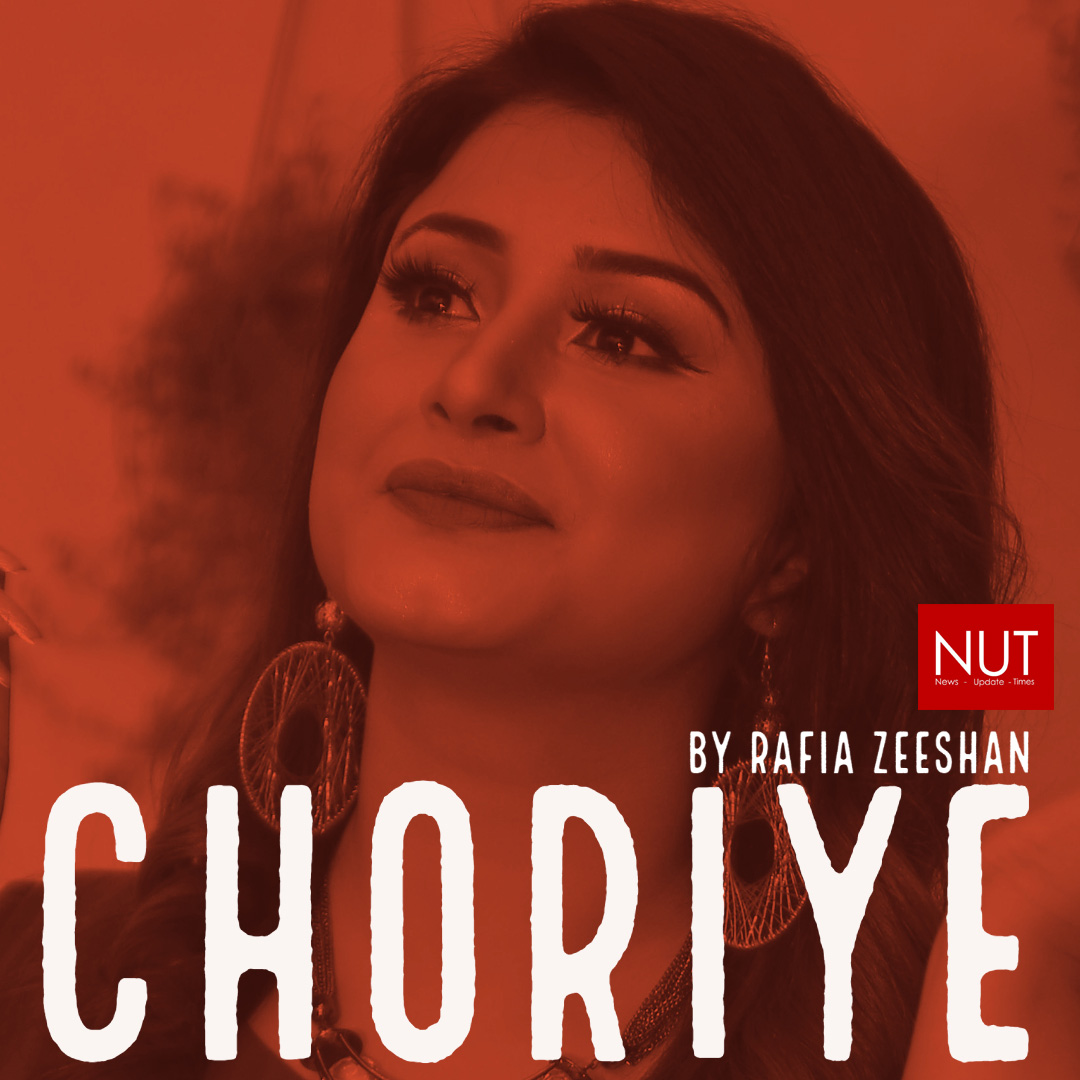 The music mixed with the beat of the track perfectly set the mood for a romantic yet heartfelt song. Topped with the ever so melodious voice of Rafia Zeeshan, this track becomes the perfect remedy for just a laid-back evening song or a track to play in during our drives.

Most of the time, if not all, we see songs coming about young couples and newfound love shared between two people. Usually the lyrical content and the related videos relate only with the young generation with their fast music and words that only they can understand better. In such a case, our adult population or seemingly a little mature people find it hard to connect to such songs. That is when tracks such as “Choriye” play the part: It connects with not only the married couples around us, in addition to the younger lot.

There is something in the songs of Rafia Zeeshan that sets her apart from her contemporaries, a mix of traditional and modern tones in her voice. The charming lyrics backed with beautifully sung song merges like a stream as if both parts are one part.

The beauty of the song lies in its precise but powerful lyrics that are well digested by the listeners and not just gone through the air. The lyrical content supports the music and voice of our talented artist Rafia Zeeshan.