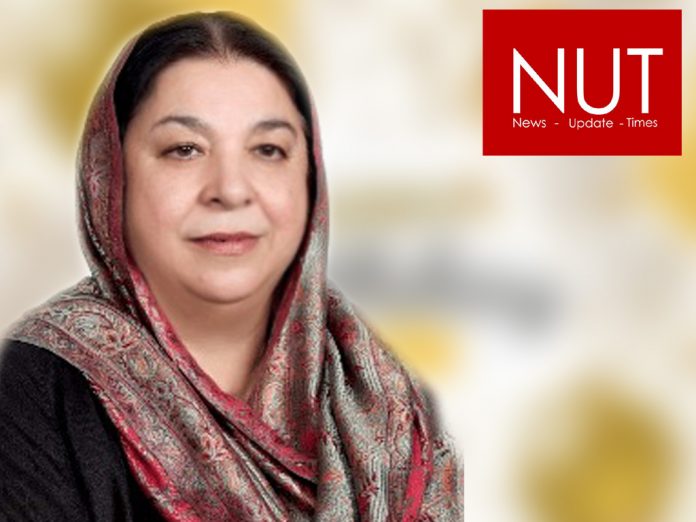 NUT (WEB DESK) Punjab Health Minister Dr. Yasmin Rashid on Sunday said that commercial activities in the province are barred after 8:00 pm as the COVID positivity ratio has witnessed a decline owing to strict restrictions.

Addressing a presser, the health minister said that the province reported 403 positive cases during the past 24 hours besides also reporting deaths of 49 people.

She urged the traders and shopkeepers to implement business hours announced by the government and said that strict SOPs would help in bringing down the COVID positivity ratio.

Dr.  Yasmin Rashid while detailing ease in COVID restrictions said that parks have been reopened in the province, however, indoor marriages are yet to be allowed. “The restrictions are meant to benefit the public rather than the government,” she said.

She further announced that the vaccination process in the Punjab province has been expedited.

“180,000 people have been vaccinated in the province during the last 24 hours and the COVID situation will start improving once 50 percent of the 110 million population of the province is vaccinated,” Dr Yasmin Rashid said.

Rejecting vaccine shortage, she said that they had 1.8 million doses of COVID jabs available with them and as per reports 30 million more doses would reach Pakistan in the next few months.

“We will be vaccinating 400,000 people in a day by next month,” she said adding that the province would also place an order of vaccine worth Rs1.5 billion.

On May 29, the Punjab government decided to reopen public parks and resume water sports with strict adherence to the coronavirus-related standard operating procedures (SOPs).

Presiding over a meeting, Punjab Health Minister Dr. Yasmin Rashid said that the parks will be reopened to the public in the areas where the COVID-19 positivity rate is less than five per cent.