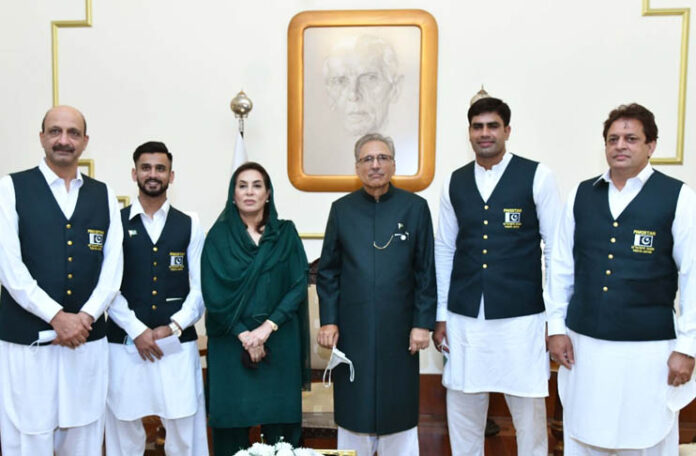 President of Pakistan Dr. Arif Ali met Javelin Thrower Arshad Nadeem and weightlifter Talha Talib. The President appreciated the performance of both the athletes at the Tokyo Olympics 2020 and also distributed prize checks to both of them for encouragement.

Federal Minister for Inter-Provincial Coordination, Fehmida Mirza was also present in the meeting.

Both the players played well and made the country proud. I am confident that they will perform even better in the future,” the President said.

It must be noted that Arshad finished fifth in the final of Javelin Throw’s final event while Talha also bagged the fifth position in the 67kg weightlifting competition.