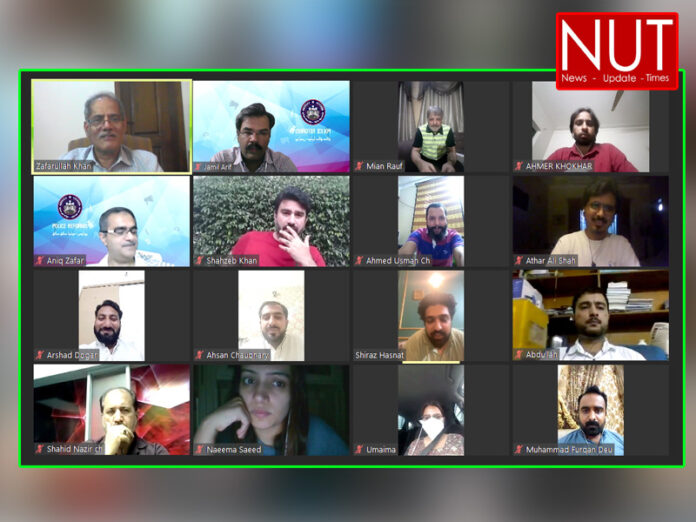 Police department in the province needs not to be only professionally trained for effective policing, it needs professional handling of the public affairs to engage with stakeholders including the media, participants argued in a webinar series, ‘Police Awam Saath Saath’.

The Webinar series focused on building a network of alliances between Police, Media and the civil society, is currently being held across the country. A story competition on police reforms under this initiative has already started receiving articles and digital stories and was also launched in Lahore. Moderated by Zafarullah khan, a renowned civic education expert,  the opening session of PMSS in Lahore brought out the best in participants regarding their genuine concerns about people reforms and potential role of the media in this regard.

Sheraz Hassnat from HUM News, banking on his years of crime reporting, presented his reservations about efficient training of crime reporters. “Unfortunately, crime reporter’s associations are not on the same page and there exists a visible power struggle” he added.  He also said that the Police department should also invest in training of their officers regarding their engagement with the media.

Arshad Dogar from City 42 advocated about rights of underprivileged and said that discussion should move away from elites because nobody in Pakistan preserve or talk about rights of lower sections of the society or even the lower ranks of the police.

Muhammad Rauf from 92 News discussed about International best practices and shed light on recruitment dynamics of Punjab Police. Shahid Nazir from Urdu Point pointed out the redundancy and superficial nature of reforms in the past and how they can become productive. He appreciated the initiative ‘Police Media Sath Sath” for its sustainable nature.

Ahmer Khokar (ARY) and Abdullah Mughal (Business Recorder) talked in depth regarding political influence over police that bears down on its authority and impedes effective community policing.

Assistant Professor from Punjab University, Shazeb Khan moved the discussion from micro factors to macro factors that have laid the foundations of current policing structure. “All institutions are interlinked and it is impossible to talk about reforms in one without discussing  the other”. Umaima, a web editor from The News on Sunday, appreciated the transformed mechanism of addressing public’s grievances by Punjab Police through adopting technological innovations. She also emphasized the need for rigorous inclusion of women in police and in-house psychologists to take care of mental health of police staff considering their complex and dangerous duties.

At the end, all participants formally entered into the alliance with the program by pledging to strive for productive media and police relations. This effort will eventually sustain the aims of the initiative “Police Awam Sath Sath”, a program working on re-writing the dynamics between police and masses. 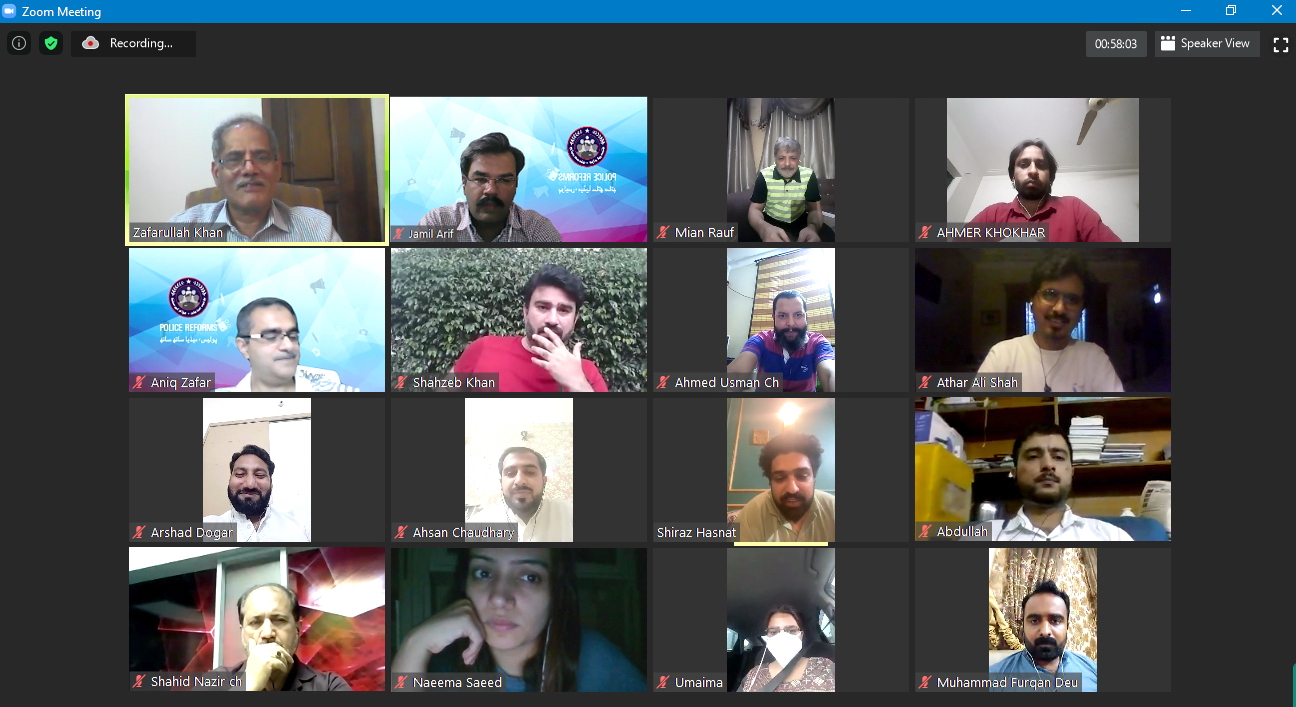