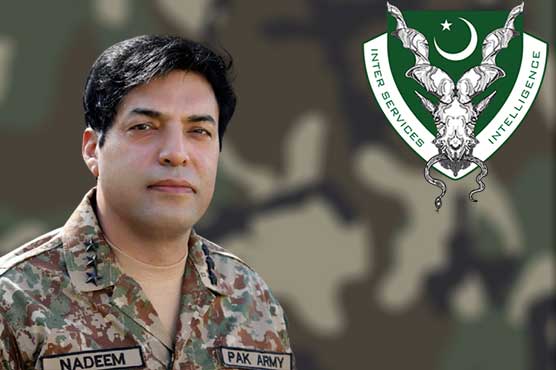 He would replace the incumbent DG ISI Lieutenant General Faiz Hameed who has been posted as the Corps Commander Peshawar under the fresh reshuffle in the Pakistan Army.

The appointment would be effective from November 20, 2021. A handout released from the PM Office stated that the prime minister today met COAS General Qamar Javed Bajwa, in a meeting that was part of a consultative process over the appointment of the new DG ISI.

It said that the PM Office received a list of officials from defence ministry and the prime minister interviewed all candidates.

A final consultation between COAS General Qamar Javed Bajwa and PM Imran Khan was held today, the handout shared and added that after the process, the name of Lieutenant General Nadeem Ahmed Anjum has been finalized for the slot.

The nominated DG ISI would take charge of the slot on November 20. 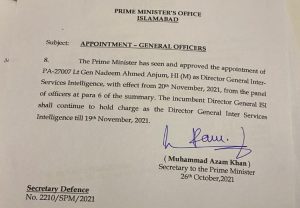 Lt Gen Faiz Hameed, who was serving as the Director-General of ISI since 2019, has been appointed as the new Corps Commander Peshawar in the fresh transfers and appointments.

The newly posted ISI chief has also served as Balochistan IG and originally belongs to the Punjab Regiment of Pakistan Army.

Lady Biden to lead US delegation to Olympics