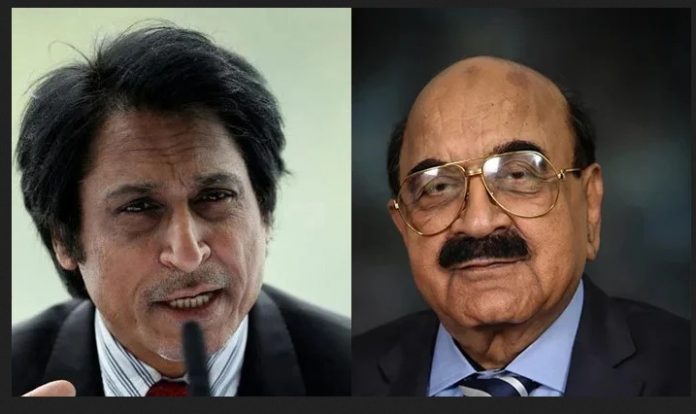 Prime Minister Imran Khan,  nominated Ramiz Raja and Asad Ali Khan as members of the cricket authority’s board of governors on Friday

According to a notification issued by the Ministry of Inter-Provincial Coordination, the members have been appointed for a three-year tenure in terms of Paragraph 12(5) of the Constitution of the Pakistan Cricket Board, 2019. 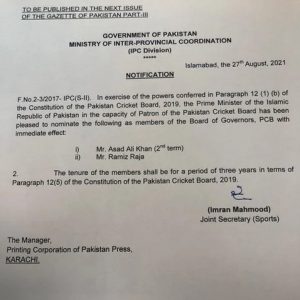 This is Asad Ali Khan’s second appointment to the board of governors. Ehsan Mani and Khan, the patron\s previous two nominees, have completed their three-year terms on the board.