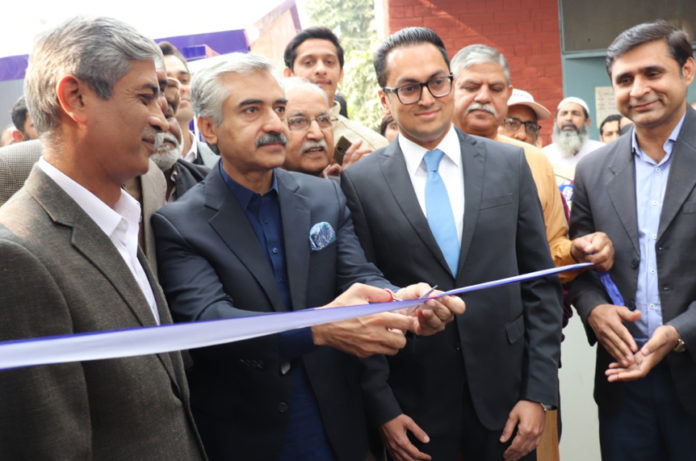 Lahore (Muhammad Yasir) Mian Muhammad Aslam Iqbal, Minister of Industries, Commerce and Investment Punjab, inaugurated a rehabilitated water filtration facility in Lahore. The refurbishment was facilitated by the international non-governmental organization, WaterAid, with the financial support from global food and beverage company, PepsiCo.  It is expected that 3,500 people from the Millat colony, Lahore will directly benefit from the new facility, an additional 5,000 people from the Gaus ul Alam colony in the Gulberg area of Lahore will also take benefit.

Speaking at the inauguration Minister of Industries, Commerce and Investment Punjab Mian Muhammad Aslam Iqbal said, “Water is essential for human survival and cannot be replaced. I appreciate this collaboration between PepsiCo and WaterAid in supporting the Punjab Government in ensuring access to safe water to marginalized communities in Lahore.”

Increasing access to safe water for vulnerable individuals is one of the most urgent challenges the world faces. Addressing this challenge has long been a priority for PepsiCo. Through partnerships funded by The PepsiCo Foundation, the company’s philanthropic arm, it has provided more than 22 million people in underserved communities around the world access to safe water since 2006. In the last year alone, PepsiCo and its partners expanded access for more than 6 million people, indicating the company is on track to exceed its goal to support a total of 25 million people with safe water access by 2025.