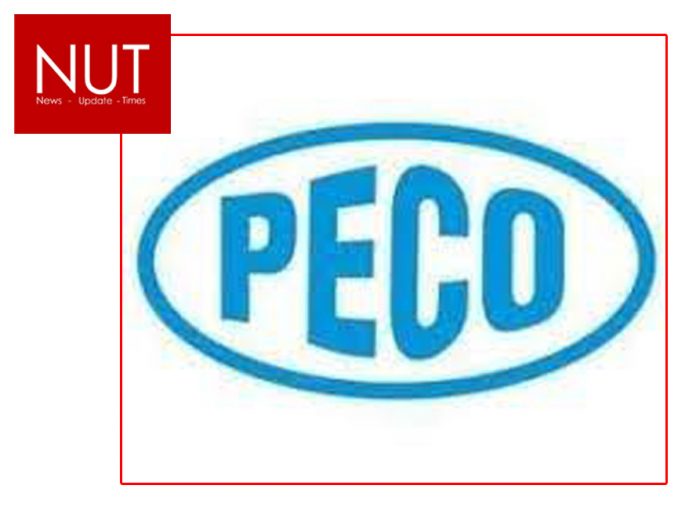 Lahore (Muhammad Yasir) In the latest act of the tragedy that is Pakistan Engineering Company Limited (PECO), the Company Secretary informed the Pakistan Stock Exchange (PSX) that suppliers of the Company, having run out of options and patience, have filed a petition in the Lahore High Court, (petition and the initial order sheet of which is attached) requesting winding-up of the Company under the relevant law.

PECO which had been set up to manufacture electric towers has been dysfunctional since its ousted Managing Director Mr. Mairajj Ariff hijacked the Company turning it into his own personal kingdom. Though he has been removed from the position, he refuses to vacate his position and holds the premises hostage, preventing the business from operating. The suppliers following many failed attempts for compensation arrived at a point where they had to turn towards the Court for remedy and have also mentioned in their Petition that PECO is being run and managed by persons who fail to maintain proper and true accounts and/or commit fraud, misfeasance and malfeasance in relation to PECO, leading them to conclude that there is no reasonable chance of PECO to recommence the business for which it was incorporated. Not too long ago the SECP also initiated an investigation into the affairs of the Company. 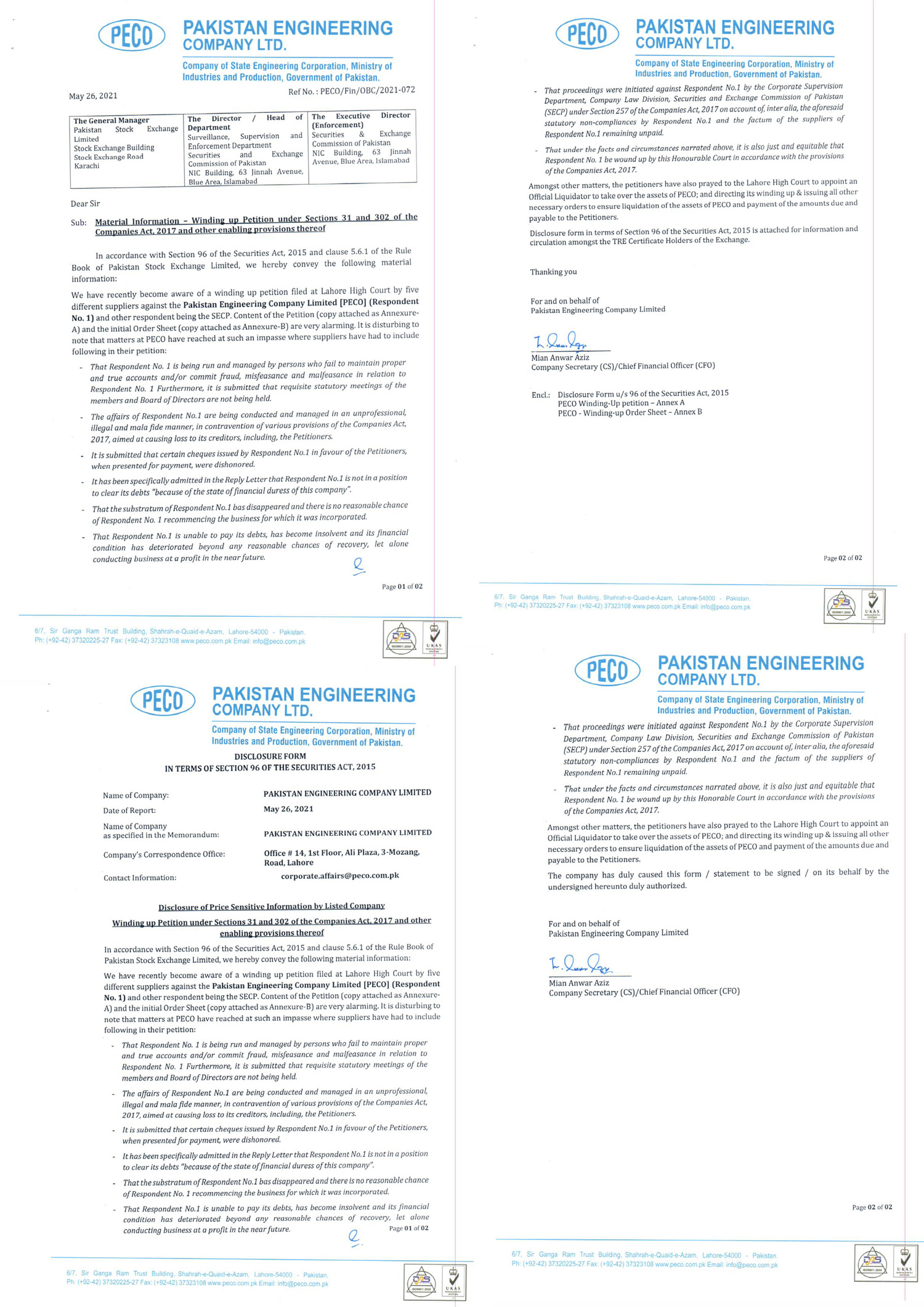 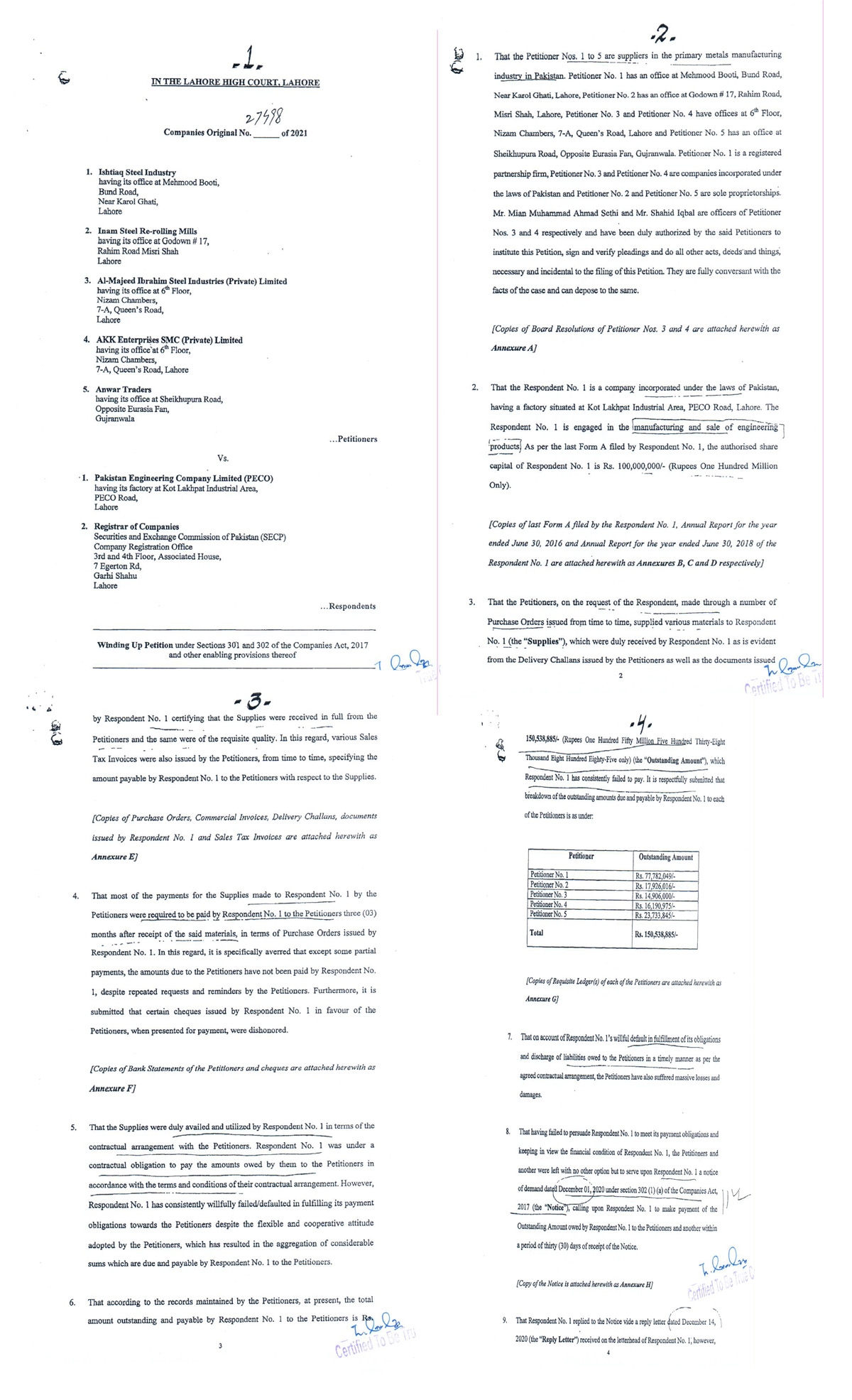 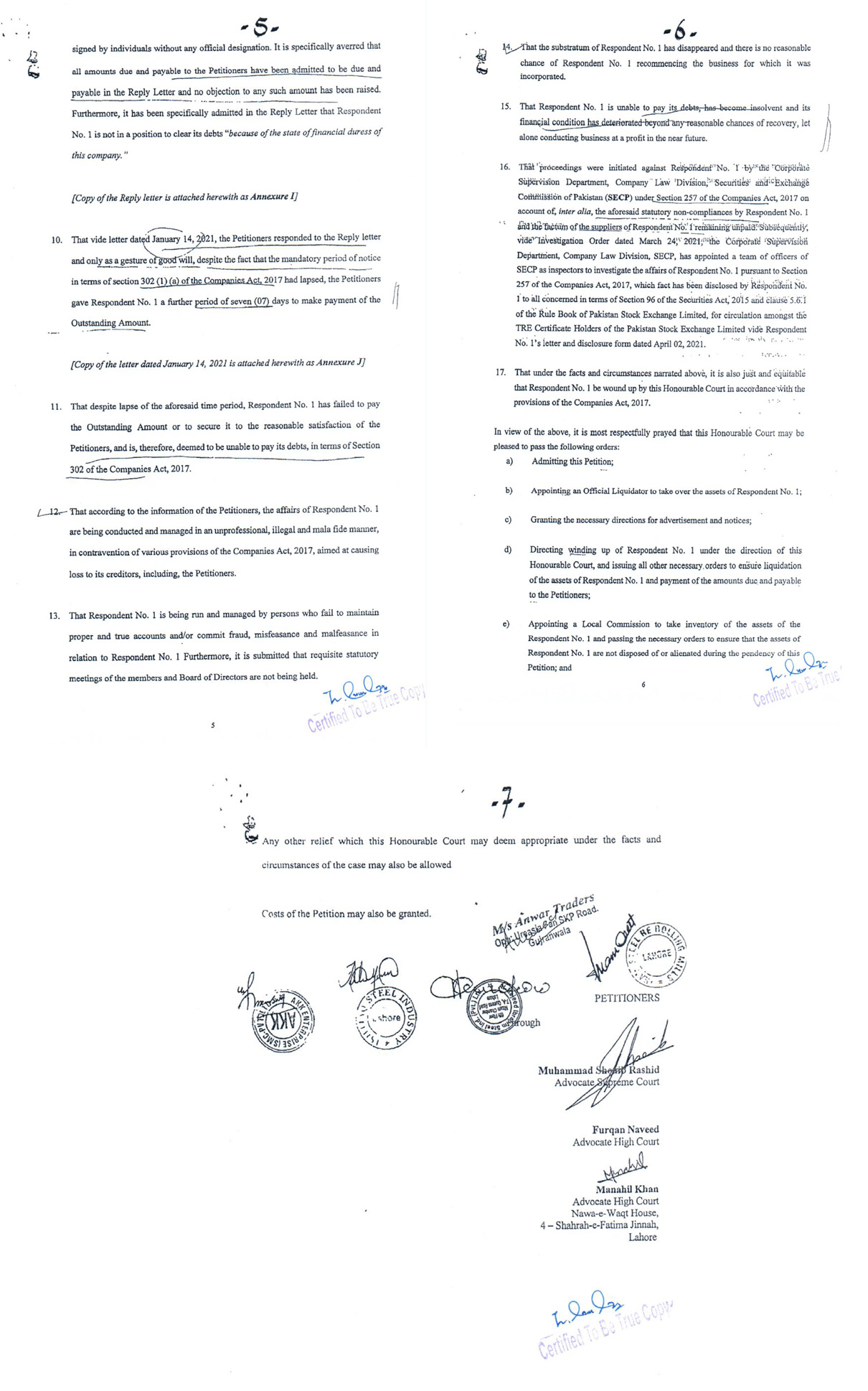 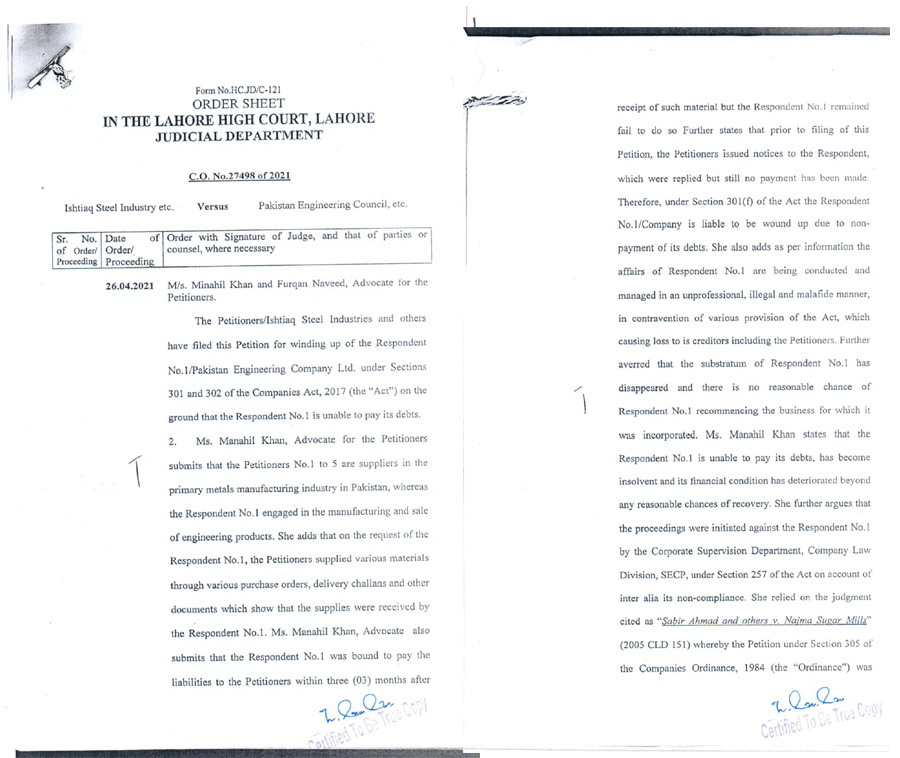 The Ministry of Industries and Production in their capacity of Managing Partner of PECO should be very concerned and take note of this development. Should the judge order in favour of the petitioners issuing instructions to wind up the Company, it will become a matter of great embarrassment for the Government as PECO also happens to be on the privatization list. A ticking bomb which may explode anytime needs to be diffused to prevent any more damage to this company which was once a jewel in the Government’s crown.

“Ethics is a key enabler of business sustainability, economic growth,”