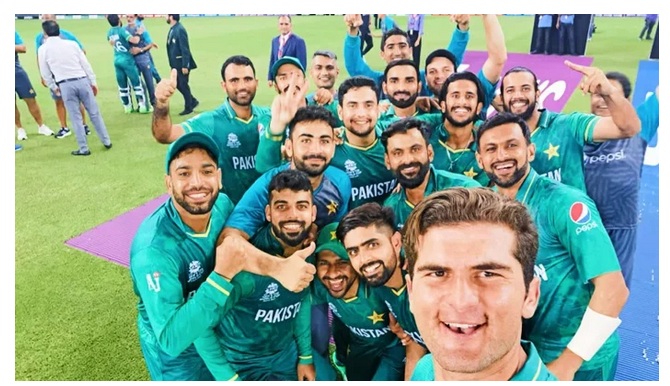 Core Pakistani cricketers will be honoured today by the Pakistan Cricket Board (PCB) with cash incentives and recognition for a year of splendid performance that won the hearts of millions of cricket fans around the world.

At a reception scheduled for today (Friday) evening, PCB Chairman Ramiz Raja is expected to present a cash incentive of Rs1.5 million to each of the top 15 players who remained an integral part of the unit in all the three formats of the game throughout the year.

Two Test specialists Abid Ali and Sajjid Khan have also been invited apart from 18 players (three reserves) for their exceptional show in the longer version of the game.

“The reception to honour the top cricketers is meant to recognise the services of all those cricketers who have helped the team stand tall in almost all the formats of the game,” a PCB official said.

“Beating South Africa at their own soil and later sweeping through Bangladesh in their own backyard were exceptional achievements that needed to be recognised,” the PCB official said.

Pakistan won 20 of 29 T20Is during the year which also saw them putting up some resolute show in the T20 World Cup. The team that looked unbeaten finally lost to Australia in the semi-finals but not before winning many hearts for the competitive element that was on display. Beating pre-tournament favourites India by ten wickets also stunned many.

Two of the core cricketers Harris Rauf and Fakhar Zaman will not be in a position to attend the reception due to their commitments in the Australian Big Bash League while Shadab Khan is expected to reach in time on Friday.

The reception that will only be attended by the PCB high-ups is meant to boost the morale of the team members ahead of the hectic season that also includes some important series and T20 World Cup to be held in Australia in October/November.

It is expected that the top 15 players will be given around Rs1.5 million each as cash incentive while the rest of the five including three reserves and two Test specialists will also be awarded.

TikTok Limits use of APP for under 14 teens

Dr. Asaf Riyaz Qadeer crowned with the award of Most Popular...