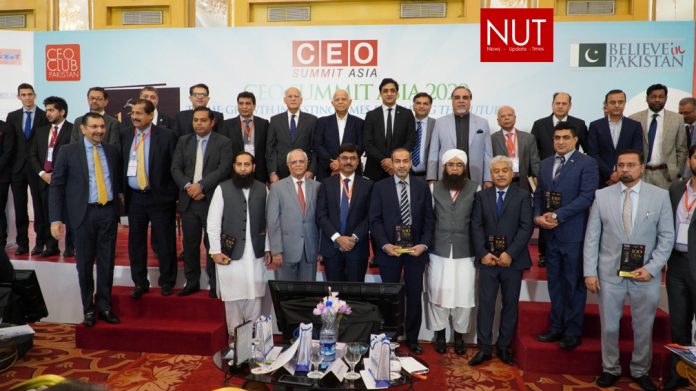 Karachi (Muhammad Yasir) In his keynote speech, titled ‘Pakistan at Crossroad – A way forward’, Mr. Sehgal elaborated that growth is not possible because institutions are simply avoiding doing their job.“In every financial institution the buck must stop at the hierarchy, has anyone been held responsible?  That Pakistan has been on the FATF black/grey list for years is because this negligence to hold people accountable. And despite the public counting of how many FATF points have already been done away with, “fake accounts” and money laundering is certainly one reason why Pakistan has been kept on the list recently.  Incidentally western countries applying the FATF on us are also rank hypocrites, they look the other way at the tainted money flowing into their accounts.” He added.

“Pakistan’s banking system makes windfall profit but is part and parcel of our system’s hypocrisy and hypocritical practices. How is it possible to have fake accounts in a bank without connivance of bank officials up the line? What has the SBP done to prevent this and to punish the banks and the conniving bankers hiding money in fake accounts, which are used to viz to prevent taxation or/and to help getting the money out of the country?” These thoughts were expressed today by Mr. Ikram Sehgal, Chairman Pathfinder Group, at the ‘CEO Summit Asia’, themed ‘Growth in testing times – Reshaping the future of Pakistan”. Explaining the rationale, Mr. Sehgal said that hypocrisy is inherent in the institutions which do not conform to the expressed moral rules and principles.  Our situation is aggravated in no small part by most Pakistanis of any consequence being rank hypocrites. From there it goes into the families and schools, children are brought up in an environment where their elders blatantly do not conform to what they are saying in their deeds. This then travels upto the highest echelons of the state where politicians and bureaucrats have finessed the art of seldom practicing what they preach. To hide their hypocritical behaviour in the non-compliance with the moral standards being professed, people resort to telling lies. Telling lies in Pakistan has become almost an automatic behaviour; people lie about anything everywhere even when no lie is actually required.

How can you expect growth when most money, legitimate or otherwise, goes abroad?  Blatant display of their looted wealth is common practice, the ultimate for prominent Pakistani politicians, industrialists, entrepreneurs etc may be to stash away in tax havens, mainly in the UK, a fashion statement in London to flaunt their wealth. Until today London remains one major place for depositing the dirty cash of the world. After UK left the EU this capacity has been further expanded by London enhancing its safe-haven status by further cutting taxes for the rich once the EU financial market regulation did not count any more. Corruption money and even clean assets are taken out of Pakistan easily, this deprives the country of taxes and money which does not contribute to the development of the very place where the money was earned or stolen. Instead, whatever investment is made has to be made is from borrowed money, this burdens the exchequer because the loan has to be returned and the interest thereof has to be paid. Pakistan’s investment in the social sector like education and health care has thus been neglected because very little money can be made there. In order to change this, both health care and education have been privatised to make them more profitable for investors but this has resulted in the lowering of quality with only few good institutions in between.

Hypocrisy on grand scale is the basis of our politics. Parliament, the government and its institutions – all have their share in hypocrisy. How otherwise would it be possible to observe the wheeling and dealing in money and other goodies between the members of Parliament before the upcoming no-confidence vote? Look at the PTI dissidents holed up in the Sindh House in Islamabad, and Article 63 does not apply to them?

The same vote buying can be watched before and during elections, national elections, provincial elections, senate elections, even elections of governing bodies of institutions. Nobody is surprised, almost all votes have a price tag. How can any political system, nothing to talk about democracy, survive or function under these circumstances?

Imran Khan’s has tried to fight corruption, to clean the system and to bring justice to the deprived parts of society. But look what has happened. When he tried to cleanse his own stables, stalwarts like Aleem Khan is on top of the NAB list to be prosecuted!  And while he was being investigated by NAB, how was Aleem Khan permitted to acquire a TV channel? To launder his blatant corruption? Honest people seldom get rich! Those who have no money have no clout because they can neither afford expensive lawyers nor buy corrupt judges.  In order to win an election in a perverted democracy like the Pakistani one you need “electables” in your party: those who own big chunks of land and the poor population inhabiting it or due to their religious standing with many “followers”. This democracy needs rich people in one’s party who can finance the election campaign. The money spent for the party during the elections is almost never clean money; this money has been made by disregarding the laws and regulations, by evading taxes and other means.

One can blame all and sundry for hypocrisy, but does one change the system when the people sitting in the parliament are beneficiaries of the prevalent corruption and thus not interested in electoral reforms?  The current situation suits them because it not only brought them into power but will bring them there again and again. Moreover, how does one change the system when the bureaucracy meant for governance is refusing reforms because it would endanger their own position whereby they have in many cases become rich beyond compare? How to change the system when there is no regard for laws including the Constitution and most people think that they are so special that law does not apply to them?

We know the economy is in bad shape but why are all the key sectors making windfall profits like cement, textiles, steel, banking, oil and gas, etc even the airlines are not doing badly barring PIA? There is inflation, the price hike of consumer items, mainly food items has become is too much for the common man but why don’t we put a mechanism in place to check the markets? If the Prophet (PBUH) and Hazrat Umar could appoint women to police the markets, checking quality and prices, what stops us from having a similar mechanism?

Unlike the rest of South Asia, which has had famines every 10-20 years, the area comprising Pakistan, fed by the Indus after the confluence of five rivers has never been short of food and clothing, you can go back to the Mehrgarh civilization 8000 years ago.  However, while we have had “Roti and Kapra” for the most part what we do lack is Makan. Can anyone explain to me how the poor can afford a Makan accept in the slums (Katchi Abadis) when 80% of our adult population does not have bank accounts?

We have a doomsday scenario here, look at the situation reflected by not only Buzdar but also the Governor Punjab Chaudhry Mohammad Sarwar. I was asked to speak at a Seminar on Pakistan-Bangladesh relations in which Sarwar turned up for about 10 minutes, Most of the time was spent in cheers for him, clearly the crowd was paid. Sarwar was trying to out-Imran Imran.  There was no mention about “Pakistan or Bangladesh” what to talk about Pakistan-Bangladesh relations. When you combine this disaster propagating only himself with a disaster like Buzdar in the largest Province of the country, what does one expect?

Concluding his address, Mr. Sehgal said that fighting hypocrisy is a difficult thing and it starts at home. “We have an excellent Chief Minister in Sindh and similarly a very good Governor, but do we have good governance? The Chief Minister is unfortunately hampered by the shenanigans of the leaders of his party whose greed has no bounds. If there is lack of good governance in Sindh, will the powers that be so complacent and naïve in allowing a similar situation in Islamabad. That is not hypocrisy alone, that is disloyalty to the State!

And in the end I am going to make a calculated prediction, and you are welcome to hold me to it, If I go wrong! Imran Khan is not going anywhere, he will remain the PM of Pakistan till he finishes his term! 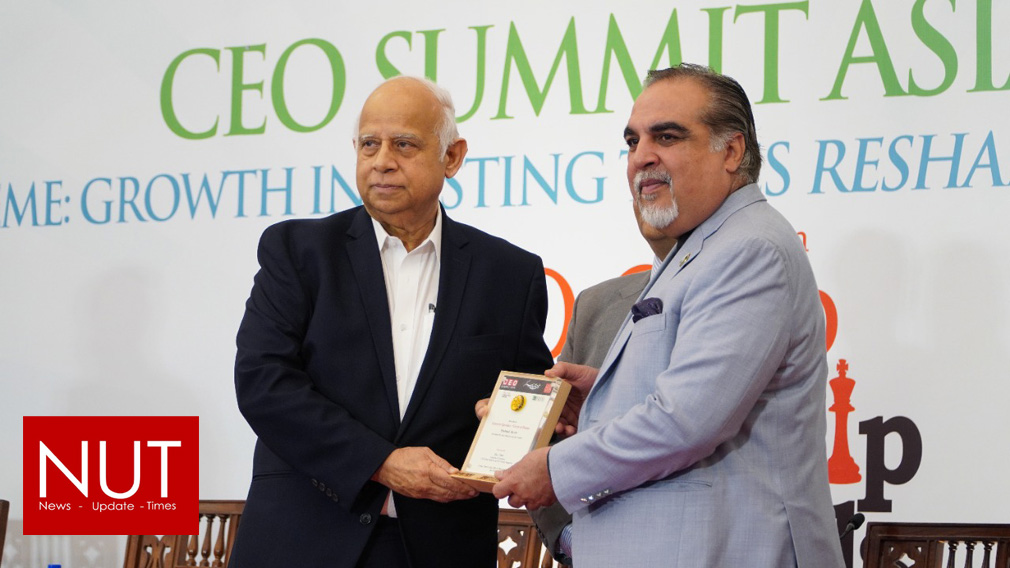