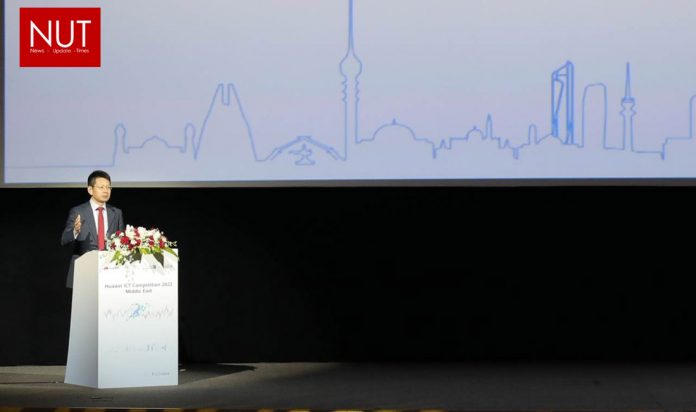 • Winners excelled from over 19,300 participants from the Middle East and Central Asia.

• The Jordan Team won first place and a $20,000 cash prize, second place went to one team from Pakistan and one team from Iraq, while the teams from UAE, Bahrain and Kazakhstan won third place.

Pakistan (Muhammad Yasir) The winners of the Huawei ICT Competition Middle East 2022, Huawei’s flagship longstanding competition, have now been announced at a closing ceremony that took place on December 22 in Muscat, Oman. The Pakistani Team 1, comprising Muhammad Ali and Asad Anwer from Mehran University of Engineering and Technology Jamshoro and Eman Yaqoob from Lahore College for Women University, secured second place following several months of national and regional competitions between some of the region’s brightest young minds and leading academic institutions. This year’s competition saw 15 teams of the brightest young tech talents compete together, shortlisted originally from 19,300 participants representing 472 universities and 11 countries across the Middle East and Central Asia. This year, the Jordan team comprising students Hamzah Al-Zubaidi and Aws Al-Rayya from Princess Sumaya University for Technology and Yazan Al Shannik from Yarmouk University won the first prize of $20,000. The second place went to Pakistan Team 1 in addition to Iraq Team 1, comprising Sadeem Moulood from Ninevah University, Mohammed Shakr from Salahaddin University and Mohammed Hussein from University of Anbar. The third prize went to the UAE Team comprising Eyasu Araya and Smon Ftwi from Higher Colleges of Technology and Meriem Aoudia from University of Sharjah, the Bahrain Team comprising Dana Kamal, Husain Hasan and Joud Ebrahim from Bahrain Polytechnic, and the Kazakhstan Team comprising Nikolay Zhilaykov from Almaty University of Power Engineering and Telecommunications, Aida Begaldarova from al-Farabi Kazakh National University, and Algerim Turarbekova from International Information Technology University. The top winners will represent the Middle East and Central Asia in the global finals competition that will take place next year in Shanghai, China. During the ceremony, which was attended by ambassadors to China from the participating countries, Shunli Wang, Vice President of Huawei Middle East & Central Asia, delivered an opening speech followed by remarks by each of His Excellency Dr. Ali bin Amer Al Shaidani, Undersecretary of the Ministry of Transport and Communications and Information Technology for Communications and Information Technology, Talal Said Marhoon Al Mamari, Chief Executive Officer of Oman Telecommunications Company (Omantel), H.E. Li Lingbing, Chinese Ambassador to Oman, and then celebrated the competition’s final winners and acknowledged the outstanding participants. His Excellency Dr. Ali bin Amer Al Shaidani, Undersecretary of the Ministry of Transport, Communications and Information Technology for Communications and Information Technology, said: “We are thrilled to host the Huawei ICT Competition Middle East 2022 in Oman this year, in partnership with the Ministry of Labour, Omantel, and Huawei. This comes as part of the National Digital Upskilling Initiative (Makeen) and coincides with the selection of Muscat as the Arab Digital Capital for the year 2022.With strong digital capabilities and infrastructure, Oman is a technology hub that aims to pave the way for young talents in the region. Congratulations to all participants; we look forward to witnessing their journey to transform the technology scene.” His Excellency announced an incentives program for Omani students who have received the Huawei Certified ICT Associate (HCIA) or Huawei Certified ICT Expert (HCIE) certification. Organized in collaboration with Huawei and Omantel, the program aims to provide the students with $450,000 of financial incentives for a period of 5 years. Shunli Wang, Vice President of Huawei Middle East & Central Asia, said: “I would like to thank our partners at the Omani Government, Ministry of Labour, and Omantel for being part of this ceremony. Huawei is committed to supporting and nurturing young ICT talent in the region. Through the Huawei Middle East ICT Competition, we aim to empower the youth to advance their ICT skills, hence contributing to the talent ecosystem and supporting accelerating digital economies. On behalf of Huawei, I would like to congratulate all the winners for their compelling efforts during the 2022 edition of the competition. He continued: “We believe in the power of open collaboration with our partners in the public and private sectors, alongside academia, to nurture the skills of the young ICT talents and encourage them to participate in achieving the national plans and visions of their countries. 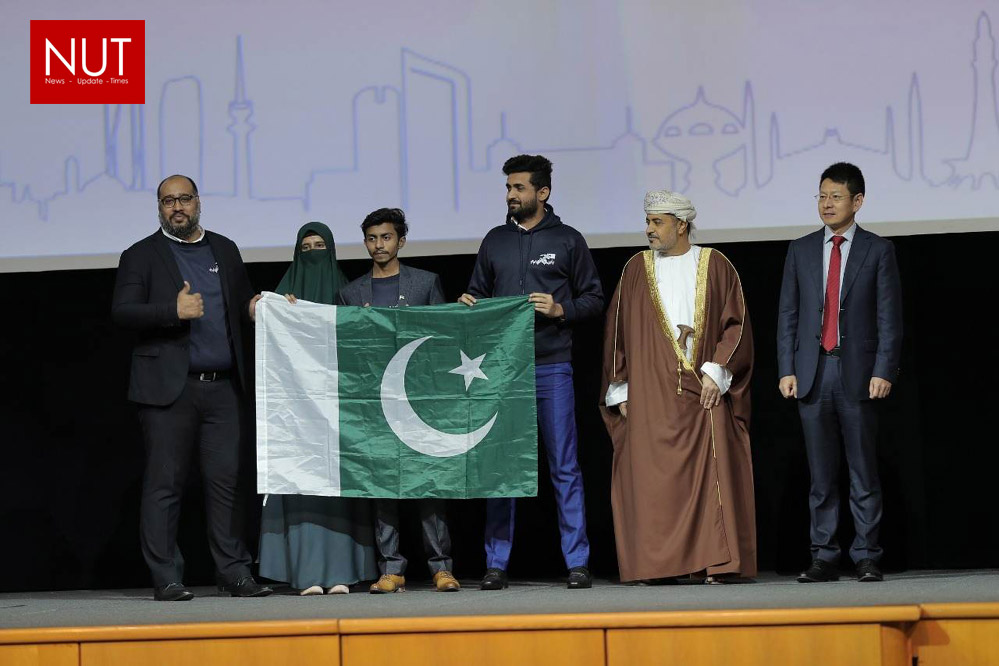