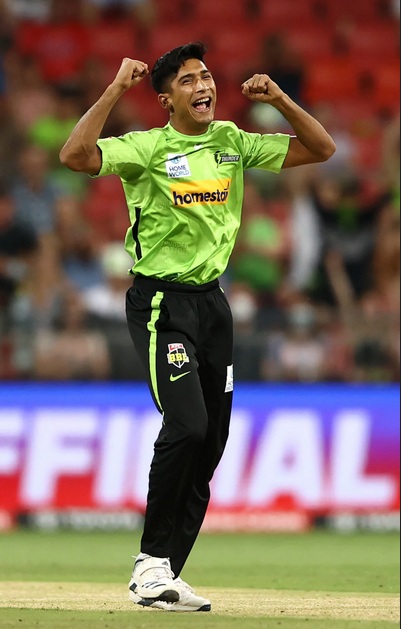 Pakistan’s young fast bowler Mohammad Hasnain, who ended a brilliant stint with the Sydney Thunder side in the Big Bash League (BBL), is set to undergo a test for his bowling action which was reported by the umpires.

According to the EspnCricinfo, Hasnain will undergo the test at the International Cricket Council’s (ICC) accredited biomechanics laboratory in Lahore.

In any case, he is allowed to bowl until the results of his testing come out, which could take up to 14 days. That means, in theory, he could be fine to bowl in the opening games of the PSL, reported EspnCricinfo.

In his last game in BBL, Sydney Sixers all-rounder Moises Henriques was heard on the stump mic saying “nice throw mate” to Hasnain after he bowled him a bouncer.

This development will be a blow to Hasnain ahead of the upcoming Pakistan Super League 2022 which is set to roll into action on January 27, and Hasnain is an important member of the Quetta Gladiators squad.