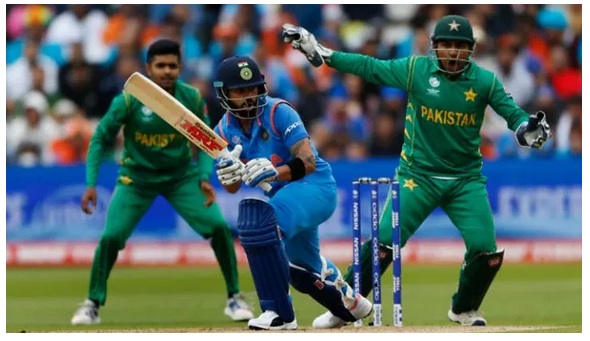 Pakistan will take on India in a high-voltage clash at the Dubai International Cricket Stadium this Sunday, with the Virat Kohli-led side seeking to keep the unbeaten World Cup record going.

Pakistan have always failed to beat India in World Cups and cricket fans from both countries will be watching the T20 match keenly, as it is set to be the “final before the final”, as said by legendary batsman Inzimam-ul-haq.

Pakistan and India first met at the T20 World Cup on September 14, 2007, in Durban, South Africa, where the Men In Blue had batted first and set a target of 141 runs. Pakistan had chased the score, which led to a ball-out. In that contest, India were able to take all three wickets, while Pakistan took none.

Winner: India
The second encounter
Ten days after their first match, both teams met at the T20 World Cup in Johannesburg on September 24, where the Men In Blue, led by Mahendra Singh Dhoni beat Pakistan by five runs in a nail-biting match to clinch the title.

Winner: India
The third encounter
The two sides clashed for the third time in Colombo on September 30, 2012, where India trounced Pakistan by eight wickets and chased down a 129-run target. During the match, Virat Kohli bowled three overs and picked up the wicket of “The Professor” Mohammed Hafeez.

Winner: India
The fifth encounter
In their last match on March 19, 2016, Pakistan failed to put up a defendable total as they scored a scanty 118 runs in Kolkata. Mohammad Amir troubled Indian batsmen by picking up wickets, but the Men In Blue managed to come out on the top in the end and beat Pakistan by six wickets.

Winner: India
Pakistan and India are placed in Group 2 of the Super 12s of the T20 World Cup, which kicked off on October 17 in the United Arab Emirates and Oman. It is set to conclude on November 14. 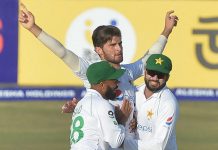